Kevin Booth: When did you become aware of the Chapman Stick, and what influenced you to move to that instrument?

Tom Griesgraber: It was at the 1997 NAMM show, and Tony Levin, Peter Gabriel's bass player and Stick player, was playing with a trio for a company called Taos Drums. Drummer Jerry Marotta and Tony Levin were doing an after-hours show, and I went to see them, and I just remember watching Tony play the Stick that night. Tony would play these little riffs in two hands on the Stick, and I remember looking at his hands and thinking, I don't know how this is tuned, but that looks like something I could do, and it blew my mind. All this guitar music I had been studying and listening to seemed to make it hard to write something on guitar that doesn't sound like somebody else at this point. The Stick felt like it could be new, fresh territory to explore, so I saved up a got one. As soon as I got one and I learned the first major triad in the left hand, a voicing of notes that you don't even have on a guitar, I instantly saw this instrument was something a little bit different and new.

At first, I thought the Stick would be just a different instrument pull out once in a while for something unique, and at the time, I was working with a singer in San Diego and putting a band together. We just got to the point where we had about an hour's worth of material, and we were starting to do shows. I was so excited about the Stick, even though I was a guitar player in this band. One part of the Stick that has a unique characteristic is probably the bass side. I was writing these bass riffs, and I would show up to the rehearsal and be like, well, the bass player will not be able to play this. I would ask the bass player if he would mind playing the guitar, and I'll play Stick. That kind of upset the band's whole dynamic, and very shortly, I found myself without a band! At that point, I was frustrated, and I just thought, well, you know what, the Stick works so well as a solo instrument, and if I get a solo repertoire together, I can always do that. 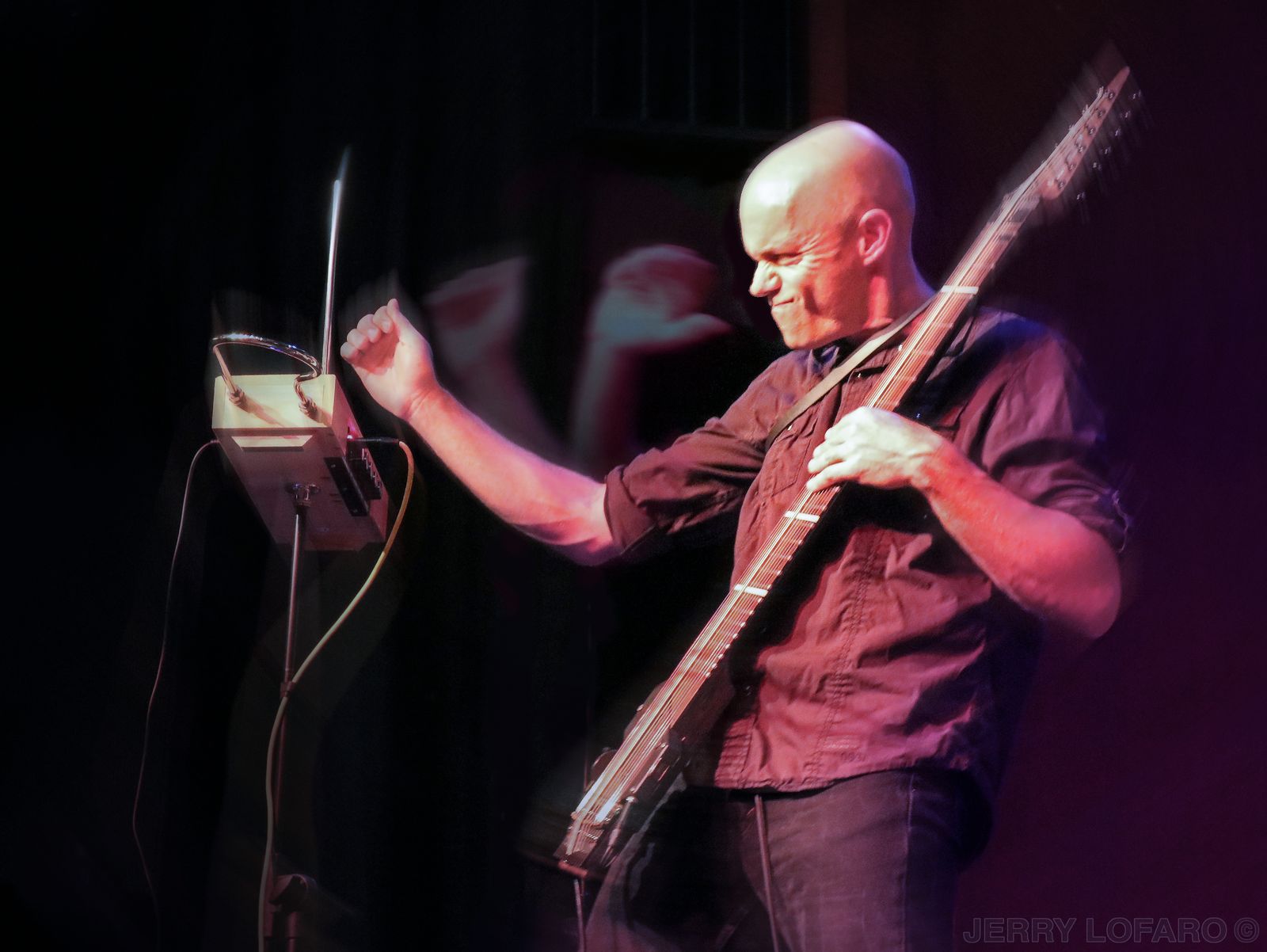 RW: Has your writing changed based on the different parts and voicings you can get with the Stick?

TG: People ask me what style of music I play, and I guess many musicians have trouble answering that question. I think the Stick does tend to generate something a little bit different, stylistically. You tend to think rock music is primarily based around guitar and vocals, and maybe you could say drums or something, but the Stick kind of cross-breeds, in a weird way, guitar with piano. What I mean by that is if you play an A chord on the Stick, you're going to generate a rhythm; you don't restrike it, restrike it, and restrike like you would on a guitar. On a guitar, you hold the chord and generate a rhythm by strumming it over and over. A piano player will more likely create a rhythm by playing the chord one note at a time and repeatedly arpeggiating, which tends to be more of what you do on the Stick. You play chords more like you're playing a piano, but you have a more guitar and bass type sound, and you have all the expressiveness of guitar and bass of bending strings and sliding and little percussive taps.

Then you have this tuning that's unlike any other instrument where, two sides of the instrument, I play a 12 string, so it's six and six strings. Six strings are typically in your right hand and are tuned in straight fourths, so it's close to guitar tuning, but the six that are usually in the left hand are tuned in reverse fifths, so the lowest note is in the middle of the neck and then it comes up five notes at a time, and that's where the chord voicings really get unique.

KB: Tell us about your workspace?

TG: Auralex has helped over the years with two rooms. The live room, which most people would call the living room, is a little more of an ambient space, and it's a mix of Sustain diffusors and ProPanels, and it's a great sounding room. I don't usually record vocals, but if I do, I have MAX-Wall Studiofoam panels, and I bring them in a little close to the back of the mic to tighten it up a little. The room was never built for audio, and it's basically a living room that's roughly 20 feet by 20 feet, and it's got these two-story windows and a vaulted ceiling that is approximately 15 feet and goes up to 19 feet. Before there was acoustical treatment installed, I used to clap my hands and just count in my head how long the reflection would last, and it would be like, one 1000, two 1000…I mean a solid 2 seconds of basically a standing wave which is gone now. There is a little bit of reflection that sounds decent. I've done drum recordings where I use a Mid-Side miking set-up as the overhead, and you bring up the side mic, and you really hear the room sound, and it sounds great.

KB: Is there something interesting or unexpected about you people don't know about outside your music?

TG: Yeah! It's a severe left turn, but something I was into as a kid, and got into it again more recently, is skateboarding. It's funny because it's just been a hobby, and I'm entirely mellow, and I'm absurdly over-cautious, and I wear every pad known to man. I had my worlds kind of collide a little bit just last week, where I had the bearings go bad on a board, and I sent it back to the company, and they're like, we don't know what's wrong with these, and we're going to send them to our bearings guy. He looks at my name, and he's like, "is this Tom Griesgraber, the stick player? My buddy and I helped book shows for you and Bert Lams a while back".

I go to skate parks, and it's so different now because when I was a kid, they didn't exist. When I was fourteen, my friends would go from shopping center to shopping center until the rent-a-cop kicked us out, and we would move to the next shopping center. But now there are parks every 5 miles out here, which is cool. I'm being cautious and only like to go in there when it's not busy, which usually means super early in the morning, otherwise you go there, and you see all ages. You'll see people from age four up to about 60 or something! The little kids who come out are the dangerous ones because they don't get what's going on around them and kind of wander in front of you if you're not careful. 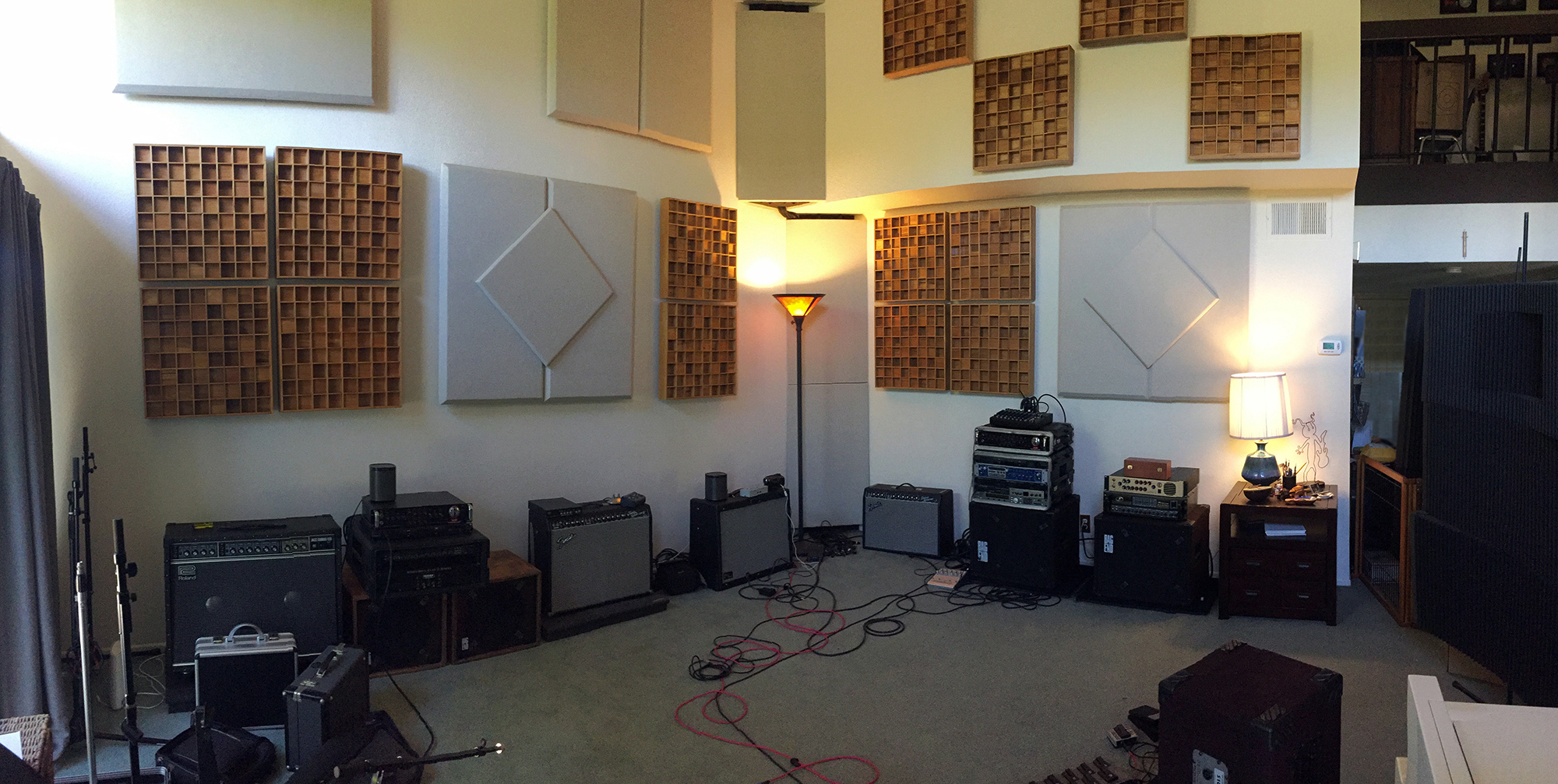 For more info about Tom, go to: