Kevin Booth: What attracted you to being an actor or voice actor, and did you intend on being a voice actor involved in animation? 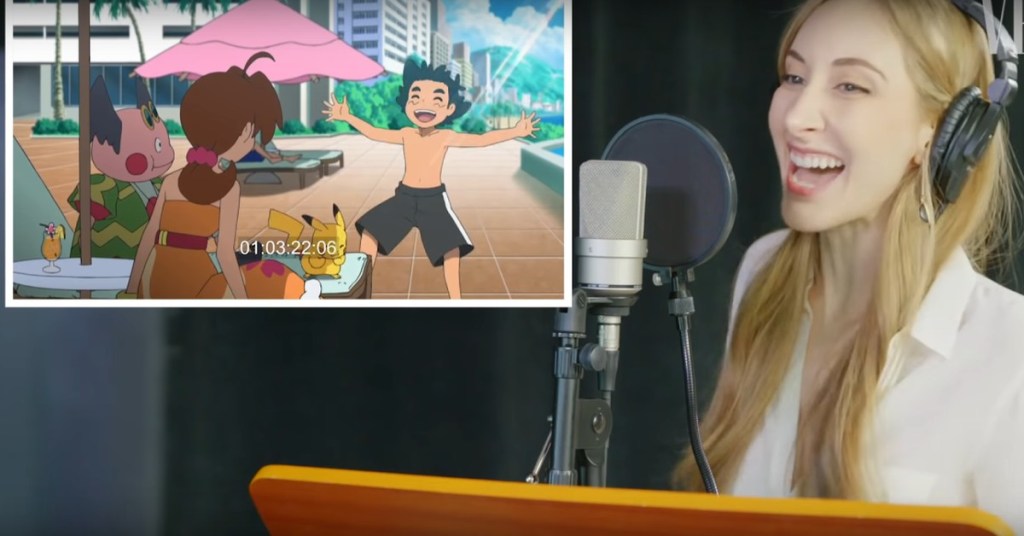 Sarah Natochenny: I didn't intend on being a voice actor, and it was a total accident. I was a competitive, rhythmic gymnast for eight years as a child. I wanted to do something easier, so my parents enrolled me in acting school, but only after I won a bronze medal at the Junior Olympics. That is still my most significant achievement because it was the hardest thing to get, but it taught me a good lesson. If I can do that and study pre-calculus and pass that class, all these things that I did as a child, which were incredibly difficult, told me that I could walk into an audition and nail it! It's a good lesson for parents who ask if they should put their kid in soccer or should they put their kid in something challenging? I would say yes, it's probably a good idea.

After acting school, I got representation, and they would send me on auditions and, the read for Pokémon just happened to be one of my auditions. I wish I had a better story; I should probably make one up? They handed me the script and put me in a booth with a TV in front of me. I'd never done a dub before. I'd never dubbed anything in my entire life - it never occurred to me that people do dubbing. I had to learn how to dub at my audition, and I was looking at the script. You don't just read the lines in dubbing, but you have to match the mouth movements. You want to match what you see on the screen, so I was like, okay, how do I make my eyes do this? I was there for about half an hour, and I guess I sounded right, and they were like can she do this. It didn't occur to me just how much skill dubbing requires because it's not just the talent involved in being an actor; it's also this technical aspect where you have to be an actor and fit the (mouth) flaps exactly. As an actor, you want to be as original as you can be and not copy a performance. 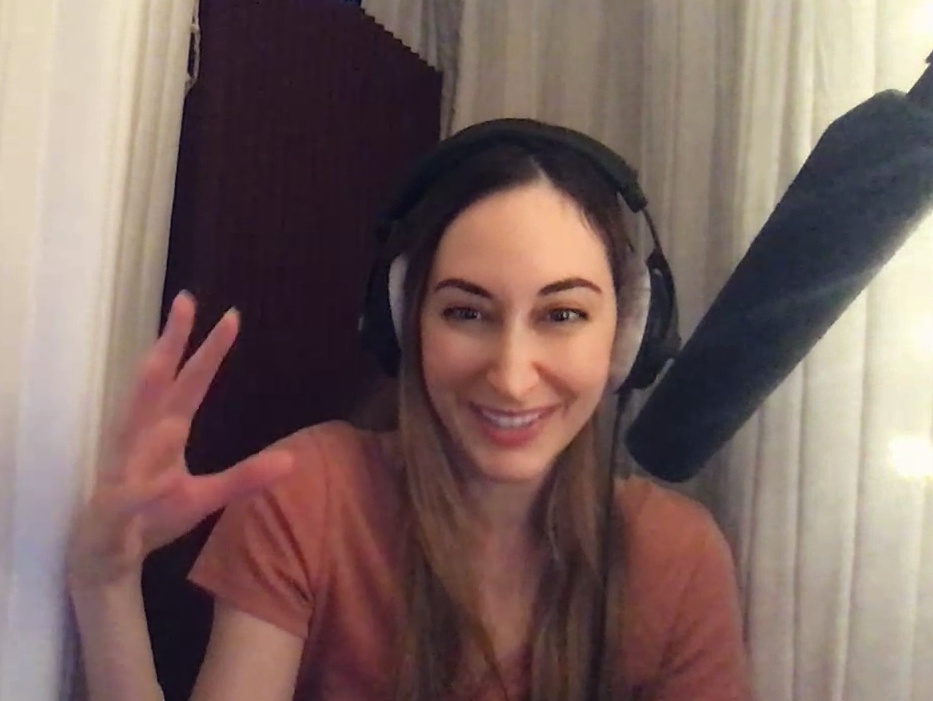 KB: What kind of microphone do you use daily, and do you change it for different projects or voices?

SN: I'm not that fancy yet! I've never had a home studio, and I'm not a voice actor who's been working in their home booth for years. But the past year has changed how I audition, and record and I started recording at home using an Audio-Technica 2035, sitting on my desk, by the window, and my auditions were noisy. I'm now using a Sennheiser 416 that is borrowed, and I'm waiting on a Neumann TLM 103, which I'm very excited to get. I've used a Neumann in other studios, and my voice sounds excellent on that mic. I move around a lot, and I have a wobbly stool that lets me kind of dance around when I'm acting. For audiobooks, which I rarely do, but I'm auditioning more for them now, the TLM 103 is very good because it's very intimate, and I do promos, and it's very intimate for that as well. I have an Audient ID4 which is a little powerhouse, and the Beyerdynamic headphones. They just hug you, and they're so good. I'm very particular with my headphones, and I used to throw them at the engineer and say, "how dare you give me these elongated ones that hurt my ears! I have elfin ears!" 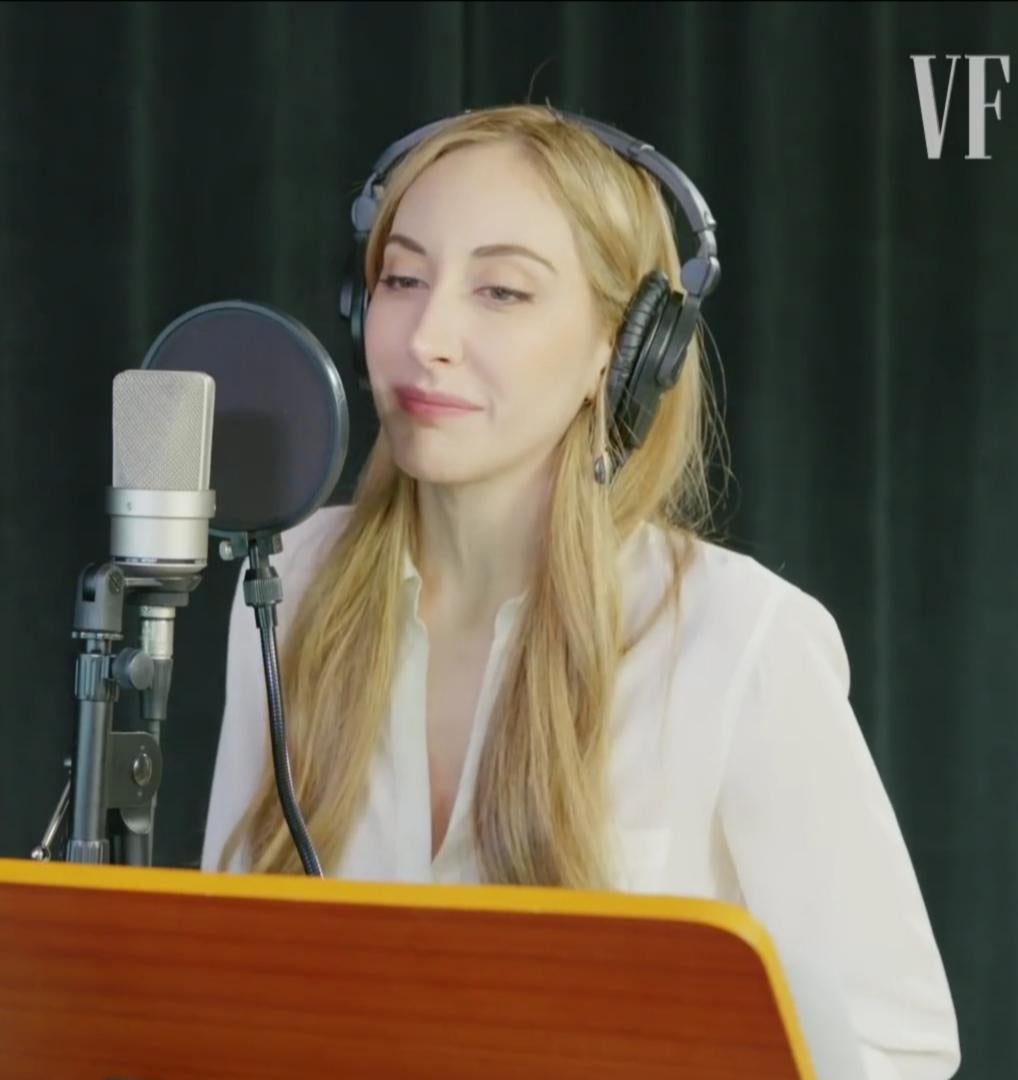 RW: You mentioned earlier about doing ADR or looping and loop groups. How has that changed over the past year? I know traditionally, you would go into a studio with other actors and do that kind of work?

SN: That's been a challenge to do, and it's been different. We're doing sessions over Zoom, and we can all see each other, and we still talk all at the same time. I was surprised to know that I thought there would be a lot more individual talking loop group sessions. For those who don't know, the loop group provides the background of any movie and TV show. The people are talking in the cafe behind the main characters, the group of people applauding and cheering, and all that stuff. It's terrific work if you can get it. It is phenomenal work, and it requires a lot of improv knowledge, and it pays very well. I'm very grateful for it, but it's been a challenge. We're doing things kind of the same way, but, unfortunately, we can't move too much. Frequently on an ADR stage, there will be boom mikes, and we walk across the stage and act like talking to each other, and we're turning around while we walk, and there are all these different ways to do it. ADR direction is very interesting, but now we're sitting here, so we'll see how it sounds.

For more info about Sarah, visit: