Kevin Booth: How did you get started in the music industry, and what drew you to it initially?

Glenn Rosenstein: Like so many people of my age, we were watching the Ed Sullivan show and saw The Rolling Stones and The Beatles and all that kind of stuff, and there was this compelling counterculture going on. Everything my parents liked, I hated, and I kind of saw it as a path to rebellion. That piqued my interest, and I picked up the guitar; and I learned at a very early age that I wanted to be involved and I wanted to get into the process somehow or another. I took guitar lessons, and actually, I wasn't that bad. I was good enough to perpetuate it, but I wasn't good enough to be like "that guy," you know - certainly looking at some of the people I work with these days.

I was fascinated with the process, and there was one particular thing that I remember. If you go back to some of the shows like The Beverly Hillbillies and sitcoms from those days, at the very end, during the credit roll, it said Glen Glenn Sound. As a 10-year old, I'm like I'm hearing God's voice from the television! They spelled it, Glen, with one N and Glenn with two N's, and I'm like, this is a sign, and I have to figure out how to get into this.

Later on, buddies and I would take the subway into Manhattan, go to the Village, get a couple of slices of pizza and stand outside of Electric Lady recording studio…I don't know what it was that we were hoping to see. Still, I just wanted to know what's going on behind that wall… I want to run away with the circus – I don't know what it is, and I don't know the technology, but I have to be a part of it!

One summer, along with a friend of mine, we worked for the summer, and we pulled some of our money together, and we bought a four-track recorder - when an 8-track was the standard – but we were close as we could be without breaking the bank. We bought it so we could record our stuff, and we started learning about overdubbing, and I loved that you could sit and overdub a part that you play, and I started getting more and more into that.

KB: How do you get from that moment to the Power Station?

GR: My parents were supportive, but they wanted me to have a B plan, so I did end up going to City University of New York - Brooklyn College. I was a radio DJ there and started to intern at record labels as well. I was an intern at Arista Records and began meeting musicians through that. There was this band Brand X that I was in love with - that Phil Collins played in – and I got to work with those guys. Robin Lumley, who was the keyboard player, and I had a great relationship working together. With all of these different kinds of efforts, I inevitably got to a place where I was doing live sound for a friend's band, and I learned enough about it to know that I didn't want to do it as a full-time job. 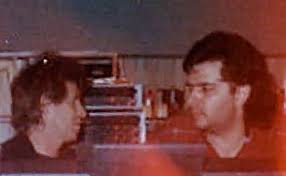 I got out the Yellow Pages, and I called every recording studio in New York City - every single one -, and I struck out with all of them until I called a woman named Lourdes Kenan. Lourdes was the studio manager at the Power Station, and this was around 1979, so dance music was starting to come up and rock music was beginning to kind of die out a little bit - there hadn't been the reinvention yet - and the Power Station, despite its prowess, was slow. So I got Lourdes on the phone, and I did the best sales pitch I ever possibly could because I was desperate. She says you sound like a nice guy, and I can tell that you've got passion and all that kind of stuff, but we're very slow, and I can't put you on right now. I said, yeah, well, you might be slow now, but it's not going to be like this forever, and by the time it picks up, you'll have a fully trained guy! The phone goes silent for 15 seconds, and she says, come in on Monday, and that's what happened. But I didn't go in as an engineer, and I didn't go in as an assistant engineer, I didn't go in even as a runner. I was the weekend night receptionist, and there was only one guy lower than me at Power Station, and that happened to be Jon Bon Jovi, who was a runner and gopher.

I had upgraded my home rig to an 8-track recorder, and we were recording bands in our houses, and we were producing, and I was starting to understand the concept of what being a producer meant. The politics of it, the song choices, all of that, on a very local level, and I was getting an education at home, and I was getting an education at a recording studio. I'm fond of saying that being a receptionist at the Power Station was more valuable to learning how to be a record producer than any other function whatsoever because you had to be an excellent listener. 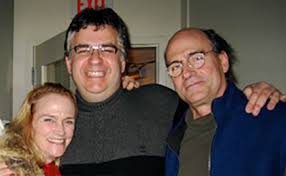 I would play the stuff that I recorded for Neil Dorfsman, Bob Clearmountain, and many other guys, and they heard that I was serious. They understood that whether I was good or not good or had potential or not, my passion for this was unquestionable. They would allow me to put the phones on night answer, and they would look at me and say, look, just shut up and don't say a word and sit in the back and be a sponge. After two years, the Power Station had layoffs, and I was one of the last guys hired, so I was one of the first guys let go; and that was a devastating day, but Bob Clearmountain called a friend of his who was the general manager at Sigma Sound Studios and got me a gig. I walked into Sigma as an assistant engineer, then a full-time engineer, then a mixer, and then an independent. Joe Tarsia (owner of Sigma Sound) is one of the best human beings on the planet and gave me breaks beyond belief!

KB: What led to you relocating to Nashville?

GR: There was an opportunity to produce a band that was signed to MCA Records, and I came down to Nashville kicking and screaming! I had no desire to be in Nashville, and this is the pre-Nashville migration. A good friend of mine was senior vice-president of A&R for MCA Records, and he called me up one day, and he asked if I wanted to mix an album for Lynyrd Skynyrd, and I'm like yeah, I'll work on it. I found out Jimmie Johnson is the producer, and I had been a fan of Jimmy since I saw Gimme Shelter and there was a segment where the (Rolling) Stones are doing Wild Horses,and Jimmy is the engineer, and they're doing it over at Muscle Shoals Sound on Jackson Hwy.

I had a somewhat unique experience in Nashville because instead of coming in kind of with my hand out, asking for work, I had already become a producer. While I was still mixing some of the records I was producing, that had become my focus. This was at a time when people would think of Nashville and think of Hee-Haw or whatever and entirely culturally disconnected. Still, I discovered that some of that was true, but not all of it was true, and the things about it that were not true were extraordinarily advantageous to record making. I brought Ziggy Marley to Nashville for one of the three albums that I did with him! Eventually, everything in recording changes the way we know it today, and you can make a record in a house; and I built my home studio (in Franklin, TN). 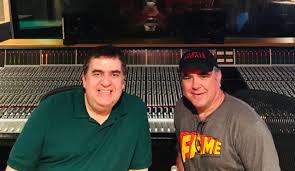 KB: How did you get involved with Fame Studios in Muscle Shoals, AL?

GR: I just felt extremely compelled on a level that spoke to a narrative that went through my life, without a doubt, and I wanted to be a part of the community, and I have been peripheral, a part of the community for 30 plus years. I had an artist signed to my label, and we desperately needed to get some vocals done. I hadn't built (my own) room here yet, and we couldn't work in Fame Studio A because there was already a booking. They had this B room that had languished. The control room was very small, and the gear was not what you would expect to see in a professional recording studio. Still, I threw up a mic out there and just direct-wired right into the Pro Tools rig - I bypassed anything that was in the control room, and I opened up the mic, and I'm like, Oh my God, this really sounds good! I jokingly said to Rodney (Hall) that if we just put like a couple of decent pieces of gear in here, this could be a great room. The next thing you know, we're like tearing everything up and,that's exactly what happened. We went back to the studs, and we started, literally, all over again. 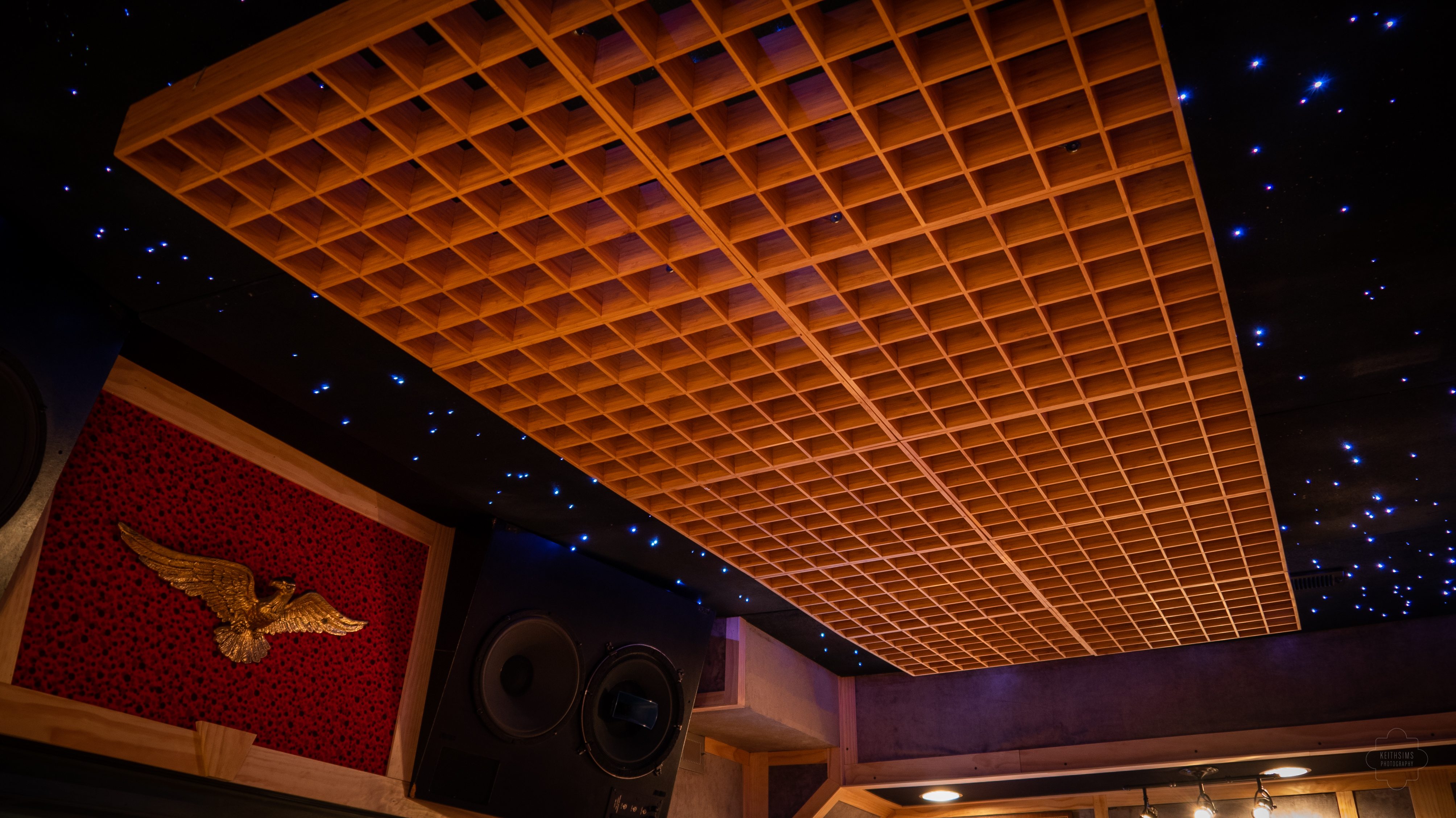 KB: Tell us about your personal studio in Muscle Shoals.

GR: This room has been tweaked and tuned to perfection using all of the Auralex products you see. It's not a perfect room because it's an L-shaped room, but we were able to tame it down and create an accurate monitoring environment. I'm already making records in here, and I take them to mastering, or I listen on other systems, in different rooms, and the sweet spot translates. 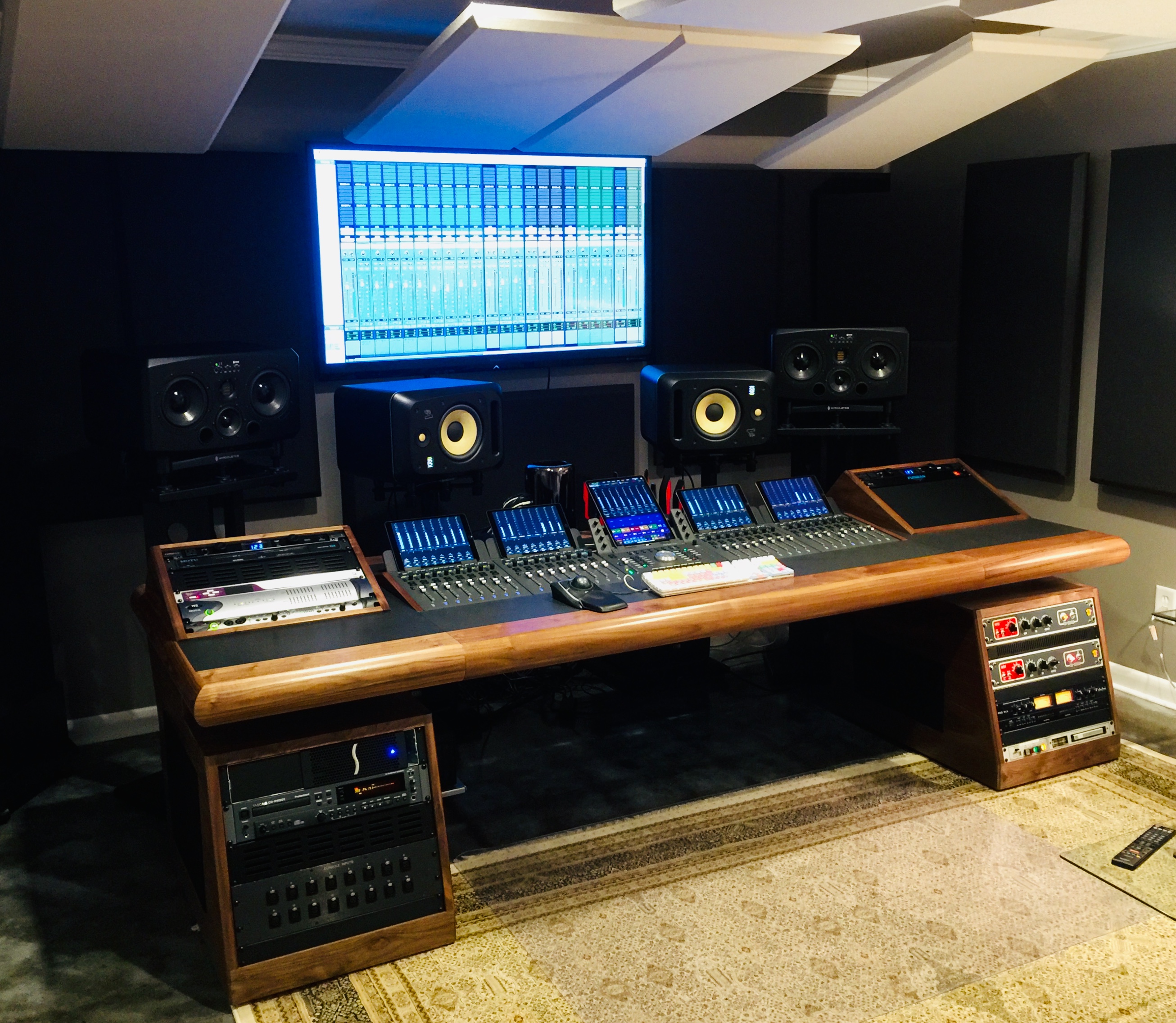