The year 2020 has been particularly difficult. The news this week that legendary guitarist Eddie Van Halen died at 65 of throat cancer only added to it. Tributes are pouring in from across the music industry. Nixxi Sixx of Mötley Crüe perhaps summed up the man’s colossal talent best: “the Mozart of rock guitar.” 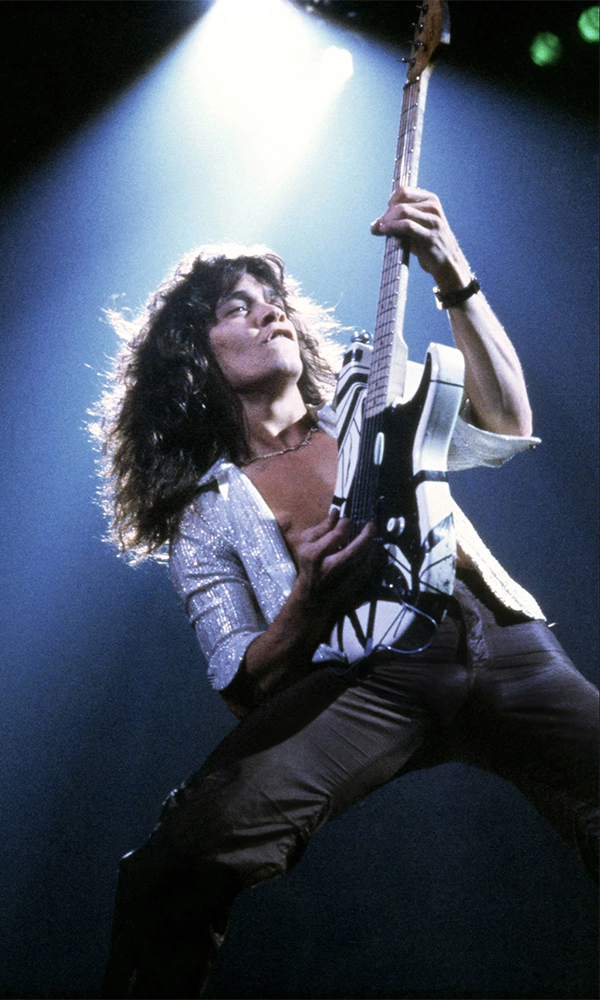 Many Auralex staff members are musicians and Van Halen’s death hit them particularly hard. At the conclusion of our morning staff meeting this week, we took a moment of silence in his memory.

“No one played with the verbosity and personality he possessed before he came on the scene,” Kevin Booth, Auralex director of sales and marketing said. “He enriched our lives growing up, learning to play his songs and listening to his music.”

Robb Wenner, Auralex director of artist relations, worked at a Guitar Center in Hollywood and met him a few times. He told the following story:

My first encounter came one morning when I got a call and was asked to go to Eddie’s house. He had been up all night playing on one of his keyboards and it locked up. He was frustrated and couldn't get it to work. They buzzed me through the gate. I drove up the driveway past a Ferrari and other jaw-dropping cars. When I got to the studio door, they said, “Eddie's upstairs; he's been up all night and he's pissed off.”

I cautiously made my way to his guitar room. He was standing with a guitar around his neck, a cigarette in one hand and a beer in the other. “This thing’s fu**ed up,” he said, pointing to the keyboard. I got it back working, holding my breath and praying I hadn't erased or screwed anything up.

Eddie came up, stood next to me and burped in my face! That was all he needed to say! But he did thank me. I left and sat in my car, just completely freaked out. Eddie Van Halen had just burped in my face! It was one of the coolest things that’s ever happened to me. How many people would you get excited about them burping in your face? Well, he was one.

Eddie was truly a genius. He did it on his own terms. Rest in peace, EVH.

Eric Smith, Auralex owner and founder, also shared some stories of his own about EVH.

A buddy from the audio industry was the sales manager of a well known audio equipment manufacturer. He knew Eddie well, as Eddie used some of his company's gear.

One day, my buddy called me and said, "Hey...I'm here in the studio with Eddie and he's wanting to sell his ______. You interested?" I asked how much. "$3400." I didn't really need the piece for my studio, but figured what the heck, even though it was a chunk of change. I said, "Tell him I'll take it if he'll sign the back of it with a metallic Sharpie." My buddy held the phone away and told Eddie what I'd said, then came back to me. "He says no. He won't sign it." I said, "Tell him I promise not to put it up for auction or anything like that. It'll stay in my studio." He held the phone away to tell Eddie what I'd said, then came back to me. "He still says no way." I said, "Then tell him he can keep it."

My other buddy was a rep and was out doing sales calls in Indianapolis, where Auralex started and still has its world headquarters. It was the middle of the afternoon and my buddy went into a downtown bar. The place was deserted except for a kind shabby-looking guy at the end of the bar, sucking on a Heineken and with some beautiful girls hanging around him. My buddy watched this for awhile, then bemoaned to the bartender, "Look at me. I'm well dressed and not a bad looking guy. How come that slouch has got hot girls hanging around him and I don't?" The bartender leaned over the bar toward my buddy and quietly said, "Because you're not Eddie VanHalen."

Here's one from the long-ago-defunct Recording Engineer Producer (REP) magazine:

Ted Templeman (VanHalen's early producer) and everyone put a ton of time, effort and money into the 5150 studio, particularly with regard to making the wall between the control room and studio super thick. At the end of it, they were all, so the story goes,drinking Valerie Bertinelli's famous margaritas in the control room and talking about how effective the wall was at stopping the studio sound from bleeding in. Eddie apparently said, "Oh, yeah? Well let's see if it can stop a .357 magnum," at which point he fired a round into the wall...and trashed a lot of the soundproofing they'd worked so hard for.

Here's a diagram from the old REP magazine article about the studio wall's construction:

My last anecdote again pertains to my buddy, the sales manager who used to hang with Eddie. He told me how Eddie had a rack of gear installed in the wall of his bathroom, right in front of the toilet, so that if Eddie got an inspiration, he could plug in a guitar, hit record and lay the idea down (on a TASCAM 8-track cassette recorder, as I recall). When I heard this, I told him that Auralex could help improve the sound of the bathroom...and I had our art director do a rendering for my buddy to share with Eddie. Why he didn't put a seat on the thing is beyond me, but you get the gist!