Steve Kinney had a problem. His new home studio sounded like, well, an empty bedroom. For a producer, session guitarist and creator of recording software plugin presets who calls Nashville home, great sound and versatility are paramount in making a living his way from his space. Serious acoustic treatment turned out to be the answer and he beamed about his results in a recent video blog on YouTube.

To truly appreciate the improvement, let’s fast-forward to the end of his assessment: A bare-knuckle, old school before-and-after Steve recorded using an acoustic guitar mic'ed in the center of his room. "Since we're all audio lovers here and we're all in one name of the game," Kinney remarked, teeing up the reason behind the project, "we’re trying to make our productions better, we have to talk about these (acoustic) products."

"From my experience sitting in the room," Kinney said from his Nashville workspace, “the low-end is a lot more right where you want it to be with a reference mix. It’s not misleading… That’s a good thing, because when you’re mixing, people put way too much bass. So, for me to understand this is what it should sound like, that’s very helpful.”

The space is intimate and provided opportunities (since it was essentially a blank slate) and challenges (like windows, a closet, and the doorway’s corner location).

Auralex collaborated with Kinney on the design and acoustic gear layout, beginning with a free Personalized Room Analysis, identifying his needs based on his goals. Then, we got to work.

One feature of the room is the aforementioned closet that became an expertly-treated vocal booth leaning hard into the performance of 2” Studiofoam Wedges. “The strangest thing is when you walk into that room – because it’s so treated – you can immediately tell how effective (the panels) actually really are,” Kinney noted. 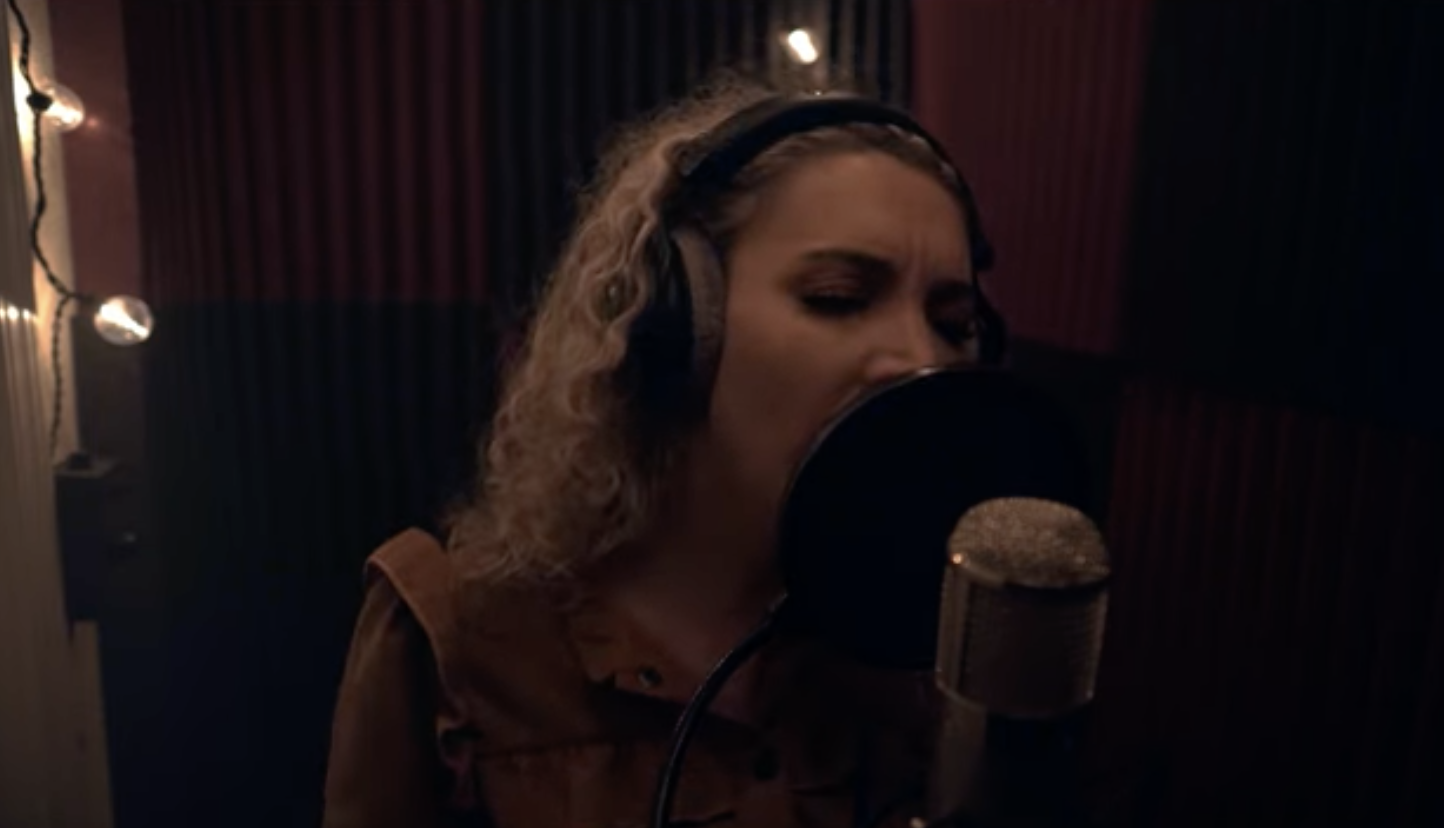 Click the image to hear a short vocal performance in the acoustically-treated vocal booth.

“The results are off the charts. It took me a minute to kind of understand what it’s doing. Really, what it’s doing is cutting out so much low-mid-range (frequencies). Normally, I’d go and, like, hi-pass (filter) a lot of frequencies – a lot of times, I’d hi-pass well into the 250 Hz (range). The sound is so controlled in there, that I end up not needing to do that and that threw me for a loop.” He considers the resulting sound “super direct,” saying it really holds up well in a mix. The absorption installed throughout the vocal booth, Kinney concludes, is “incredibly clutch.”

Kinney knew his doorway was going to be an issue. It’s in the back corner of the room, leaving no space for traditional, wall-mounted bass traps. To get around this pretty common layout, Auralex recommends the Studio6 portable bass traps. Kinney was impressed with the solution, calling it a “brilliant idea” from the “geniuses” at Auralex. Obviously, we’ll take the love.

The use of Auralex ProMax V2 panels, Kinney says, turned out to be “incredibly handy” and what he says is his favorite single feature of the transformation. Beyond using them in-studio, his significant other uses them to enhance the sound quality of her virtual video conferencing. Kinney has also used them to help if he has multiple musicians tracking in other rooms to refine the sound.

Editor's note: All image credits go to Steve Kinney from his YouTube review.