Veteran drummer Ray Luzier is probably best known as a current member of American hard/alternative rock band KoRn. He is also the drummer for hard rock supergroup KXM (featuring members of King’s X and Dokken/Lynch Mob), and he has previously worked with a number of notable artists, including David Lee Roth, Army of Anyone, Stone Temple Pilots, Billy Sheehan and Steel Panther.

Acclaimed drummer Ray Luzier moved to the Nashville area over two years ago to take part in its music scene, a way to keep his career as the drummer for KoRn in high gear and let his family enjoy the culture – a change from Los Angeles, to be sure. One of the first things he did in his new home was convert several rooms in the house into a recording studio and control room. Like many who create a home studio, Luzier had to find a way to make spaces not designed for sound accommodate music recording. He was able to do that using an array of products from Auralex® Acoustics, Inc., the world’s leading brand of acoustical treatments.

“Auralex Really Made My Personal Studio Sound Great… The HoverDeck is a Must-Have Part of My Drum Set-up… We Used it to Track the New KoRn Record.” 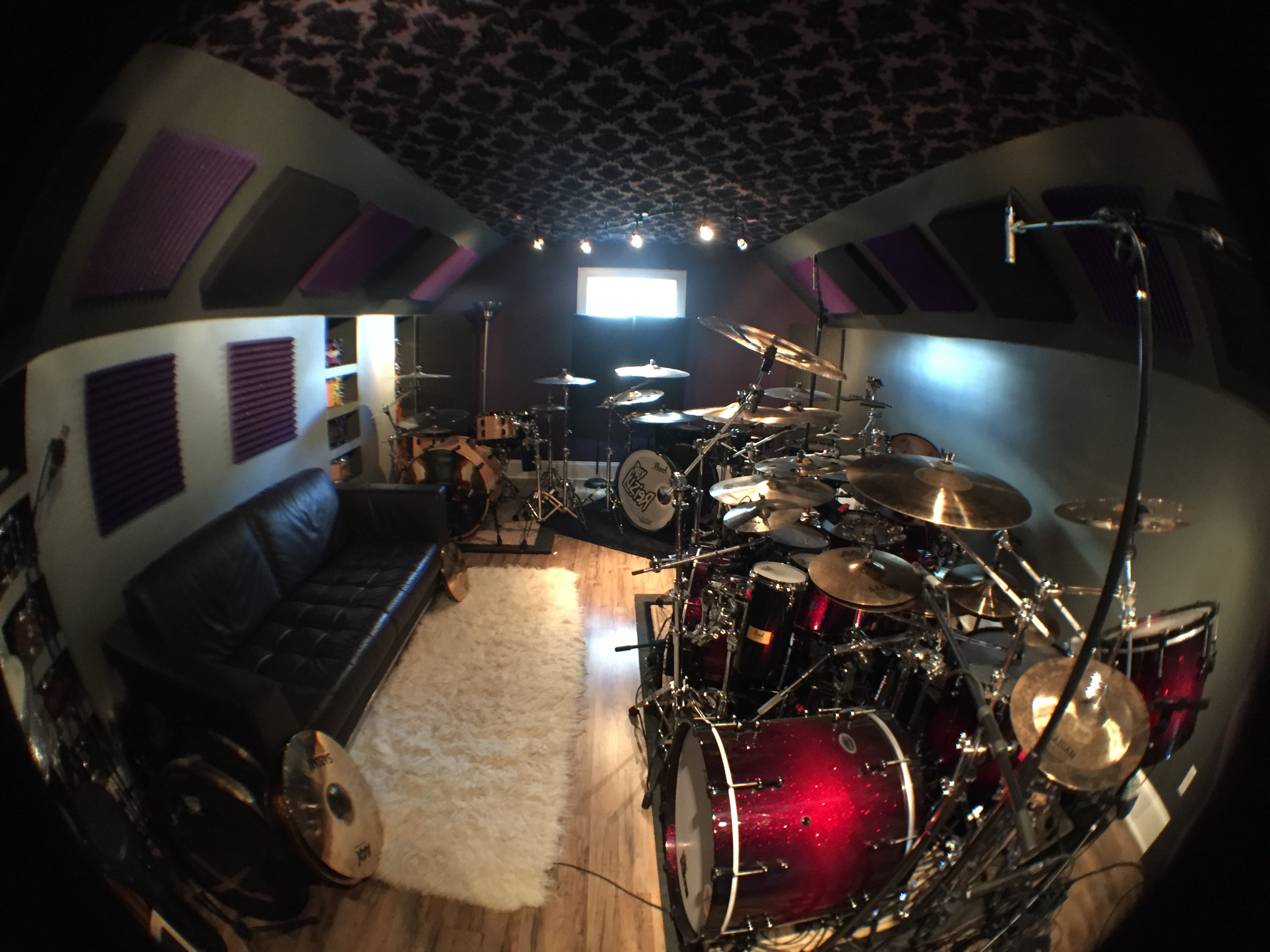 “I wanted a live room sound but it also needed to be manageable,” he says. “In the beginning, the acoustics in the recording room were out of control. The snare drum sounded like a cannon. I did what a lot of people do, like putting down carpets. But I also wanted natural light and the windows were another source of reflections.” Luzier found the solutions he needed with help from the local Auralex representative and a combination of products from Auralex’s wide range of highly specific solutions-based products. 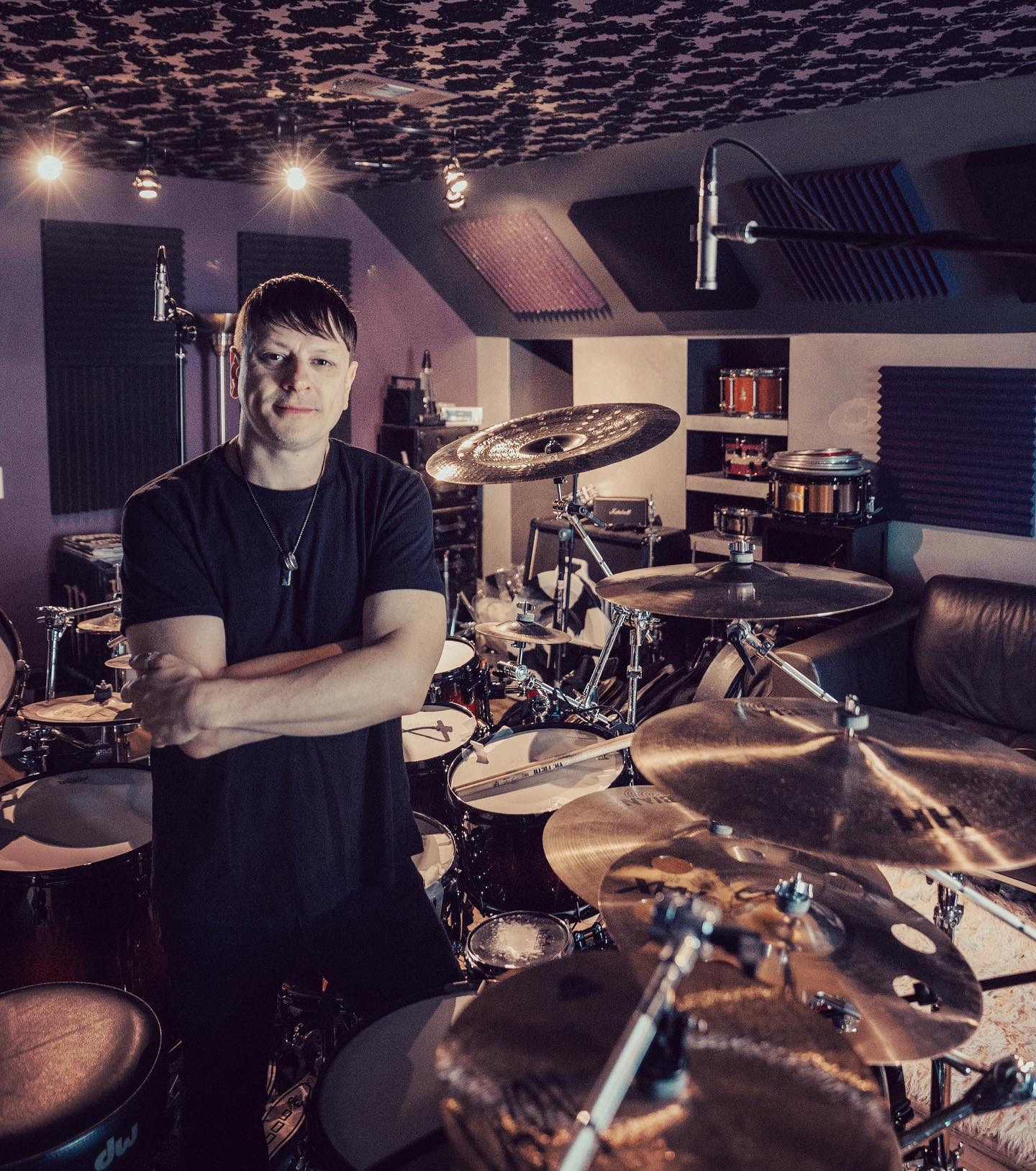 Auralex helped Ray design his newest studio iteration with Studiofoam Wedge Panels, LENRD Bass Traps, a ProPanel ProCloud, MoPAD Monitor Isolators and ProMAX Portable Treatment.Ray also uses the Auralex HoverDeck V2 when playing/recording in his home studio and also was used during the studio recording of the 2016 KoRn album, The Serenity of Suffering.

“The Auralex treatments calmed the room down considerably, but without losing any of the liveliness I wanted to keep there,” he says. “The wall panels and the bass traps completely smoothed the room out but kept the ambience I like. I have three drum kits all set up and miked all the time and they’re all on HoverDecks. That little bit of separation from the floor makes a huge difference. The drums breathe better on them.” 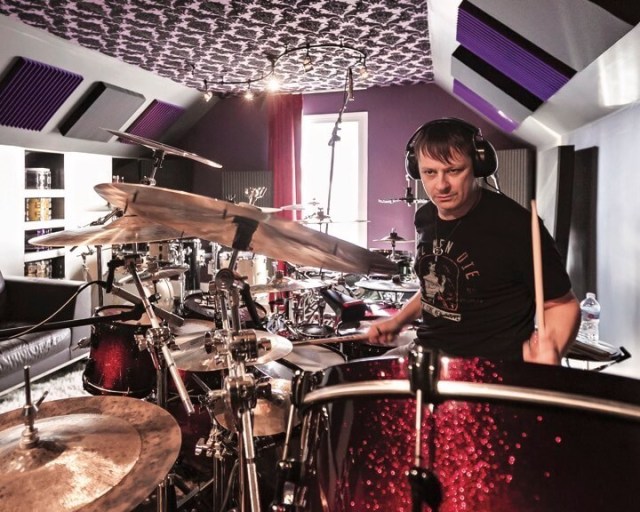