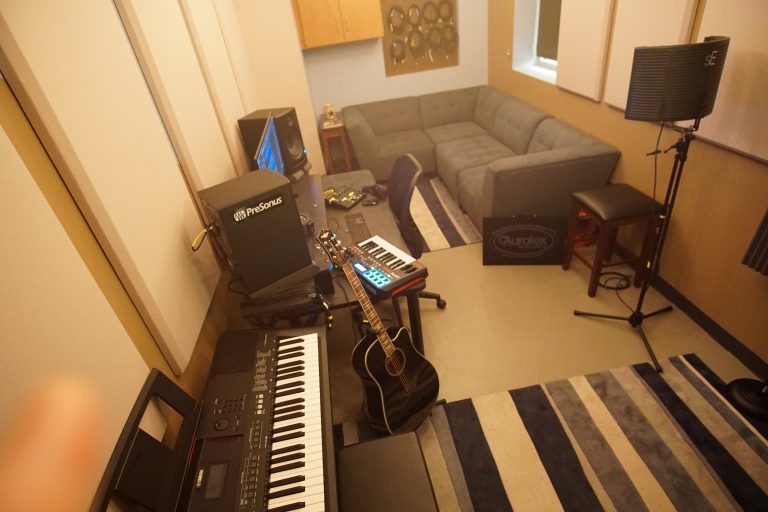 SongFarm co-principal Ross Copperman has had 18 Billboard number-one hits, for artists Keith Urban, Kenny Chesney, Dierks Bentley and others, in a career he traces back to his time at Glenvar High School in his hometown of Roanoke County, VA. There, a theater director and teacher, Steve Franco, convinced young Copperman to take up music professionally. Copperman wanted to give back to Glenvar and talked with longtime collaborator F. Reid Shippen, a four-time GRAMMY Award-winning producer and mixer. Together, they formed SongFarm as a music education non-profit with a novel twist: partnering successful songwriters with their alma maters to provide free, functioning, professional songwriting and production studios on their former campuses. SongFarm’s first project is a studio space at Glenvar High School. There, working with producer/engineer manager Alena Moran of Nashville-based Triple 8 Management on a budget from a foundational grant, they envisioned and completed a highly contemporary and creative music-production studio in a re-purposed storage space.

“It definitely did not sound like a recording studio, by any means,” says Shippen, whose own credits include platinum-selling artists Backstreet Boys, Kelsea Ballerini, Lady Antebellum and many others. “But we put a call into Auralex and it was nothing short of amazing what you can do with their acoustical products and expertise.” After the installation of a number of Auralex ProPanels™, ProClouds™, ISO Series® products and ProMAX™ free-standing acoustical treatments, the transformation was complete. “Suddenly, you could now monitor accurately in there,” says Shippen 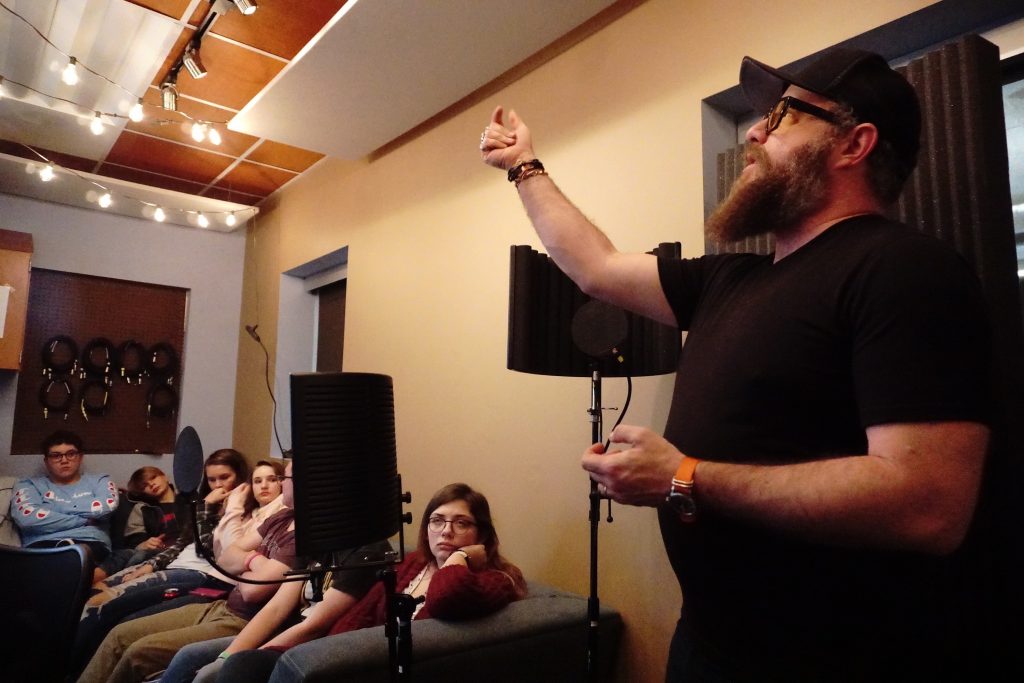 Moran says what SongFarm created at Glenvar High School reflects the essence of the environments in which music is produced today. “Most records aren’t done just in big recording studios on large consoles — they’re done on laptop computers using a basic interface and a few microphones,” she explains. “That’s what we wanted to accomplish at Glenvar. Now, the kids there have the kind of space that music, poetry, podcasts and other creative art forms are made in. It’s a space that’s affordable and accessible to kids that age.” In fact, adds Shippen, Glenvar’s students were in the studio making music even before the final touches were applied. “That’s the thing about kids now and this kind of technology,” he says. “They can just jump right in and start creating.”

However, even as the tools of music production continue to become easier and less expensive, physics does not change, and the acoustical challenges of making a contemporary creative space in what the school could offer were huge. “Auralex made all of the difference,” says Shippen. “We gave them the dimensions and what they came up with literally transformed this space into a very usable room,” he says. “I was shocked at how good it sounds now.” Glenvar High School is the first of what Shippen, Copperman and Moran say will be more such projects, bringing the promise of music and other arts into almost any available space in any high school. “And we hope Auralex will be part of that future,” he adds.