LOS ANGELES, CA – After the live telecast of the Grammy® Awards on February 8, 2009, nominees, winners and guests were invited to join the “Jazz Party” in one of the rooms at the LA Convention Center for a post-event celebration. Peter Erskine & Friends, a jazz quintet including Grammy-nominated members Peter Erskine and Alan Pasqua, performed for the elite crowd following the awards ceremony.

Auralex Acoustics®, the industry leader in innovative sound control solutions, contributed by offering up its HoverDeck™ V2, a specifically engineered drum isolation platform that reduces coloration from floor resonance by decoupling the drum kit from the structure, resulting in a tighter, more pure sound.

“Auralex’s HoverDeck not only solved a possibly very thorny sound problem, as the drums were placed on a riser which was placed on a manufactured stage, but the HoverDeck actually prevented any sound problems we could have encountered,” says Erskine, renowned jazz drummer and owner of Fuzzy Music. “Performing at the Grammy’s after-party is a high-profile event and I’m so glad that I had the HoverDeck with me. The engineers loved it and so did the band. I can now say with complete certainty that the HoverDeck is an essential drum set accessory to have for any number of playing situations. Every production company (sound and/or backline) should have HoverDecks for use on-stage.”

As part of Auralex’s Iso Series® of Instant Sound Optimizers®, the HoverDeck is specifically engineered to reduce coloration from floor resonance by decoupling the drum kit from the structure, resulting in a tighter, more pure sound for both studio and FOH. The engineering expertise for the HoverDeck is based on Auralex’s patented and best-selling GRAMMA® V2, GreatGRAMMA™ V2 and MoPAD™ isolation products. Stages and traditional drum risers sympathetically vibrate (resonate) with the drums and/or PA system. These resonances feed back to the drums and are then picked up by the mics. HoverDeck’s rugged, laminated core and web-like ISO-Puck modular risers minimize structure-borne sound transmission and sympathetic vibrations between drums and hardware. Drums will exhibit a rumble-free purity of tone that’s simply unattainable without the HoverDeck. Top drummers in the industry, including Erskine, turn to Auralex’s HoverDeck for the very best drum sound on stage and in the studio.

The HoverDeck is available as a pair of 2’x 2′ Panels which connect together with industrial-strength hook-and-loop to build a configuration that works best for your set-up.

Peter Erskine & Friends includes Peter Erskine on drums, Alan Pasqua on piano, Bob Sheppard on tenor saxophone, Ambrose Akinmusire on trumpet and Edwin Livingston on acoustic bass. Peter and Alan were both nominated for a Grammy this year in the Best Instrumental Jazz Performance category for their recording, Standards, on the Fuzzy Music label, which is Erkine’s privately-owned independent music label. 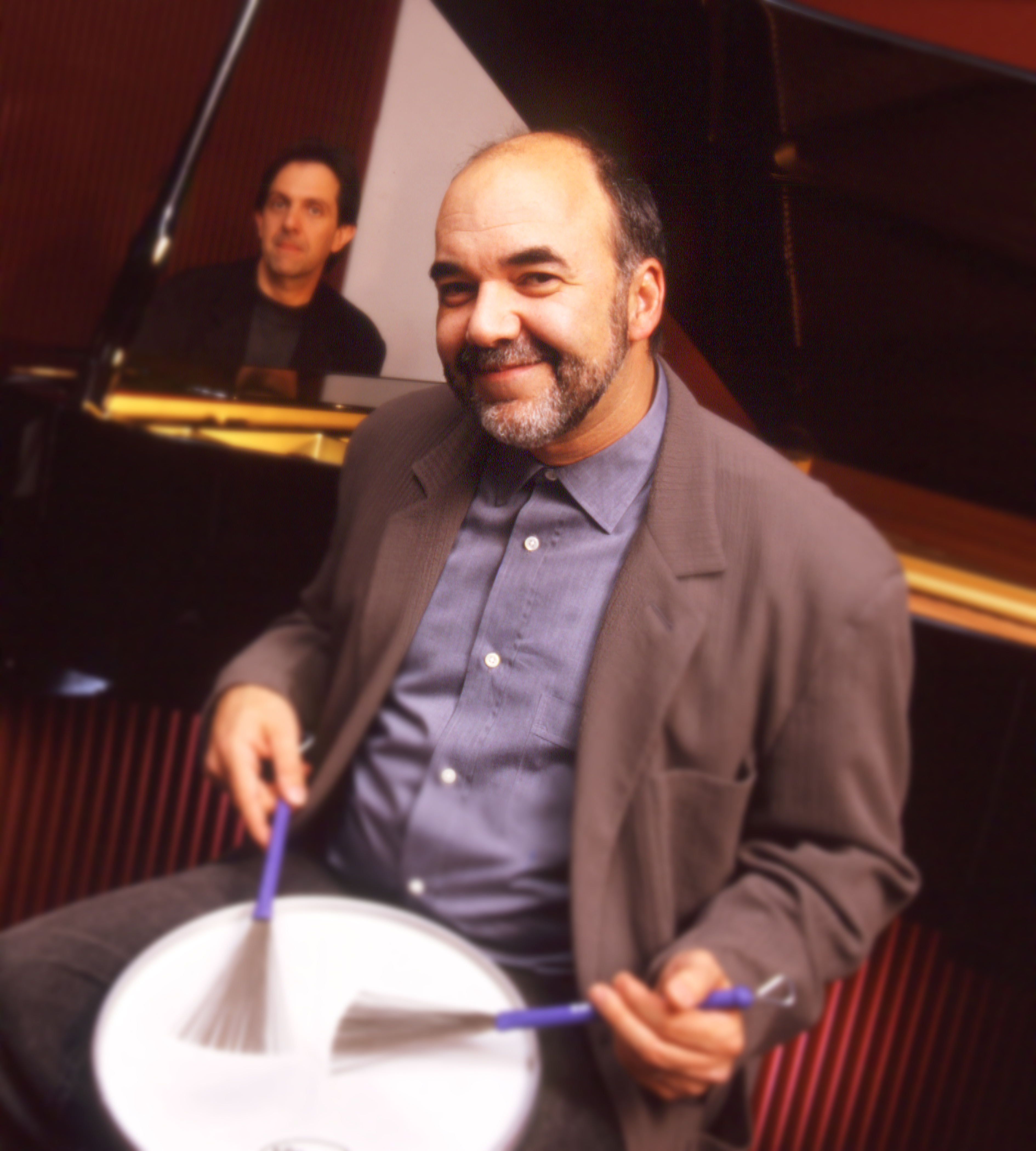