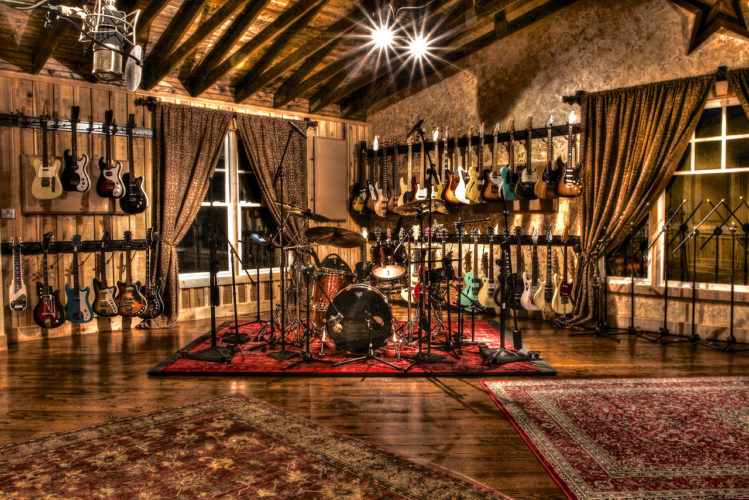 Lattitude owner, producer and engineer Michael Lattanzi has found applications for almost every type of Auralex® product, from HoverMats™ and HoverDecks™ for drums, ProPAD™, ProPAD-XL™, SubDudes™ and GRAMMA™ v2 for monitor isolation, and ProGOs™ to separate amplifiers and build vocal isos.

Michael Lattanzi created Lattitude Studio South to be a recording haven for any kind of music. Connected by a breezeway to his rustic home in Leiper’s Fork, Tennessee, an exurban artistic community 30 minutes from downtown Nashville, the studio he designed himself has hosted sessions for artists as diverse as Thompson Square, Jewel, Aerosmith’s Brad Whitford, John Popper & Blues Traveler, and most recently metal legends Megadeth. What ties it all together, says Lattanzi, who moved here four years ago from Los Angeles, is an array of acoustical treatment products from Auralex Acoustics, Inc., the world’s leading brand of acoustical treatments. 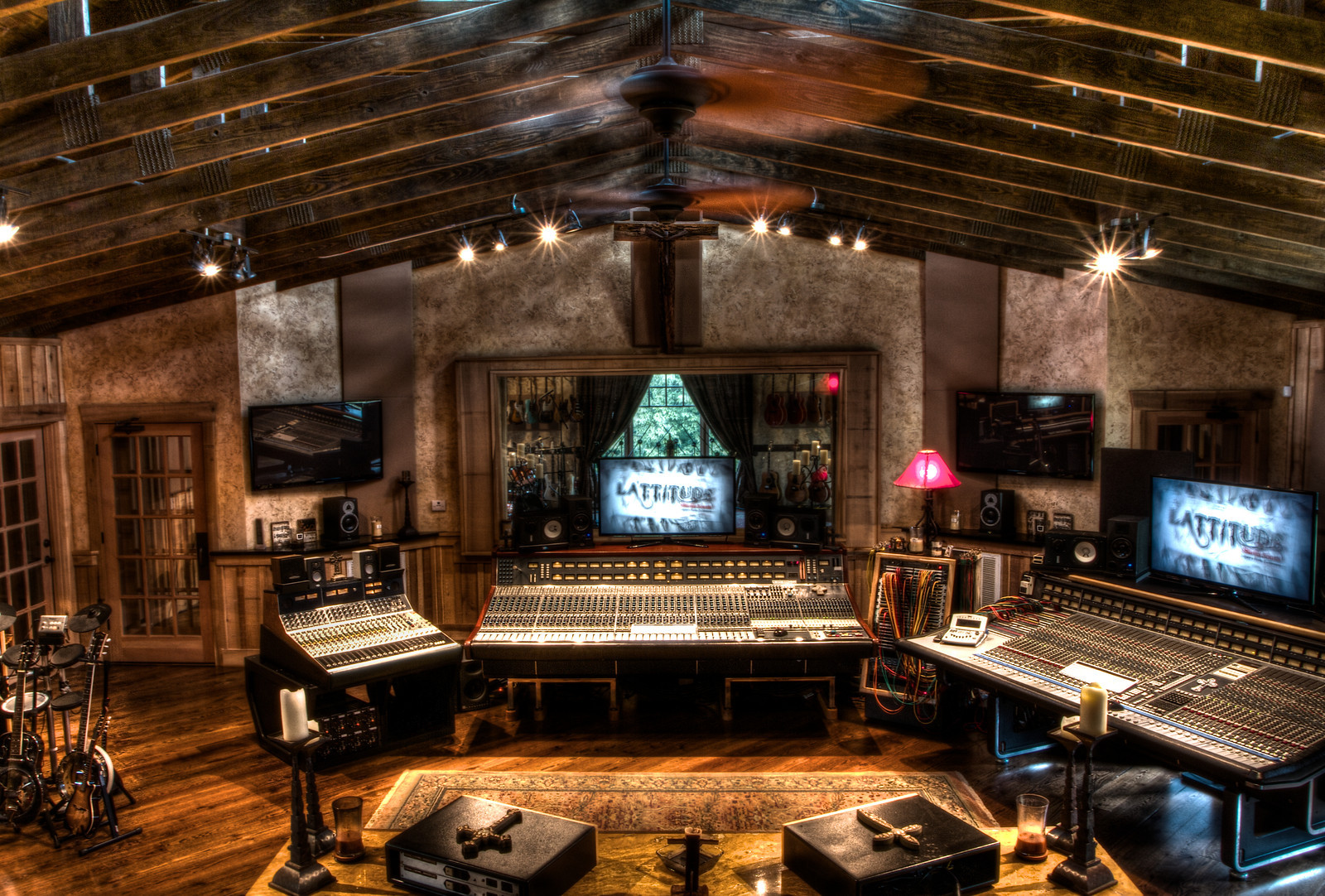 “Auralex is completely integral to the way I work,” says Lattanzi, who has collaborated as a producer, engineer, mixer, co-writer and in other capacities with a wide range of artists, including Taylor Dayne, Lauryn Hill, Sugar Ray, Smash Mouth, Wilson Phillips, Steve Vai, A Point Of Grace and others in New York, Los Angeles and Nashville, music centers where he has lived during various phases of a successful career in music production.

He points to the Auralex ProPADs™ underneath each monitor, which include JBL LSR04326, Dynaudio BM-5A and Blue Sky models. “I swear by these,” he says. “And under the subs I use the SubDude™ and GRAMMA™ v2 pads on the floor. I get total isolation between the speakers and the studio.” 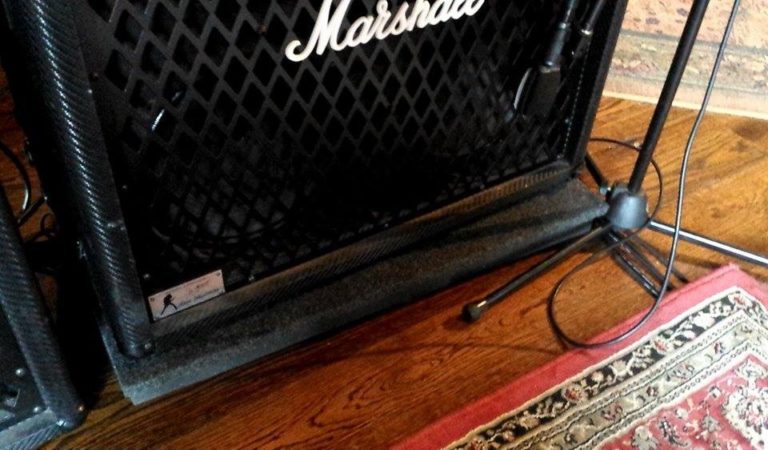 Out in the spacious tracking room, the drum kit rests on a 16’x16′ riser made of Auralex HoverDecks™, with a set of HoverMat™ pads on top of that. “These keep the kit and the mics around the kit completely isolated from the floor,” he says. “That’s really helped the drum sound — they sound tight and there’s no resonance through the floor.” In the control room, Auralex 2’x4′ ProPanels™ attached securely to the walls between the windows keep reflections in check, providing an accurate, reflection-free mixing environment. In the studio, freestanding Auralex ProGOs act as sound-restricting gobos between amplifiers and around vocal microphones. Lattanzi also uses them in the control room as baffles behind the studio’s three full-sized consoles – a Neve 8078, an SSL SL4000 E/G/G+ and an API 1604 (“I know, I’m crazy,” he laughs) – to deter reflections from the windows between the control room and the studio. Finally, the control room has Auralex LENRD® bass traps in every corner from floor to ceiling. “I would not build a studio without them,” he says. “They give me a very predictable bass response.” In fact, says Lattanzi, Auralex gives him, as well as his studio and production clients, exactly what every music production professional seeks in a recording environment: acoustical and sonic predictability and consistency. 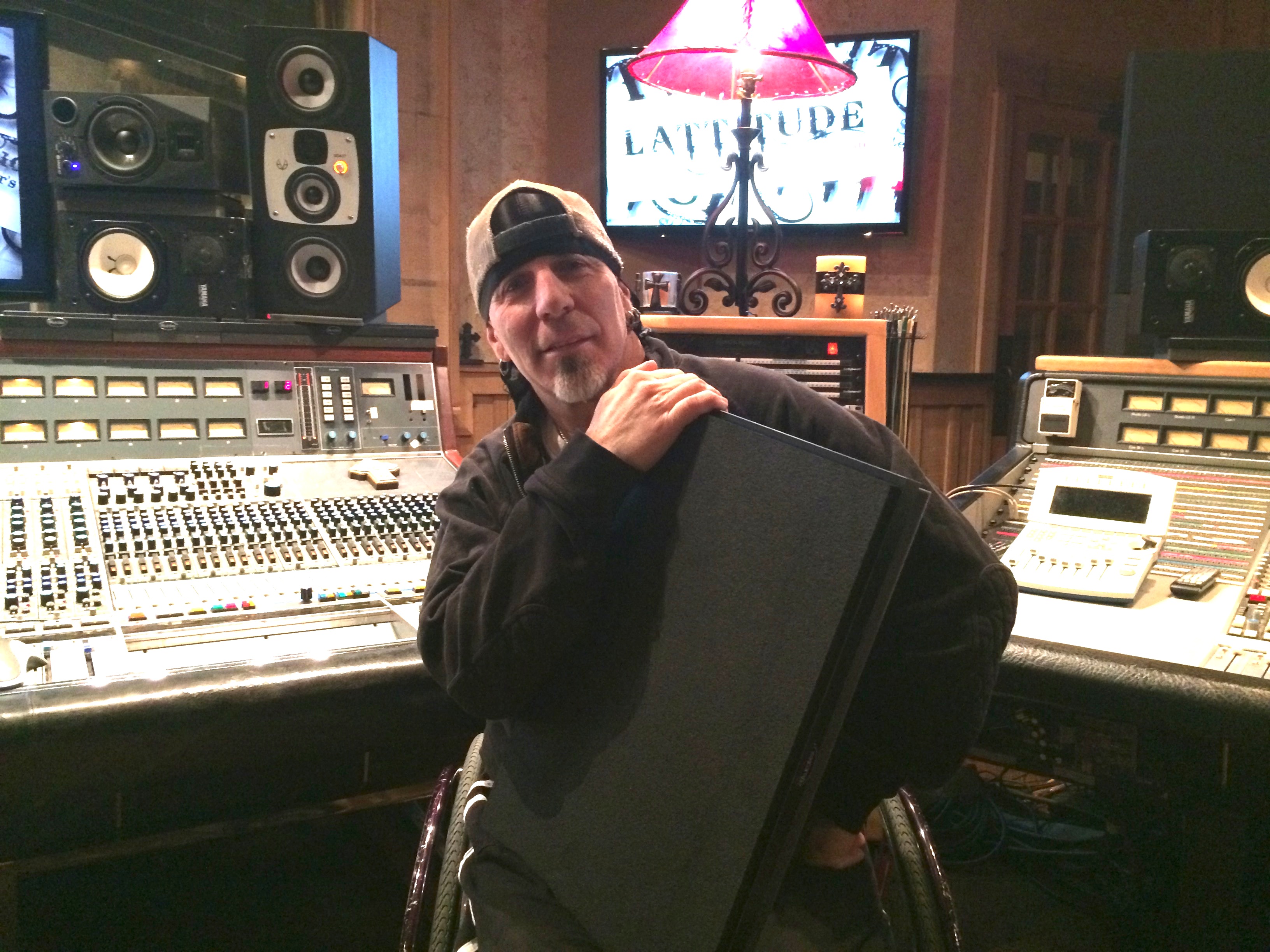