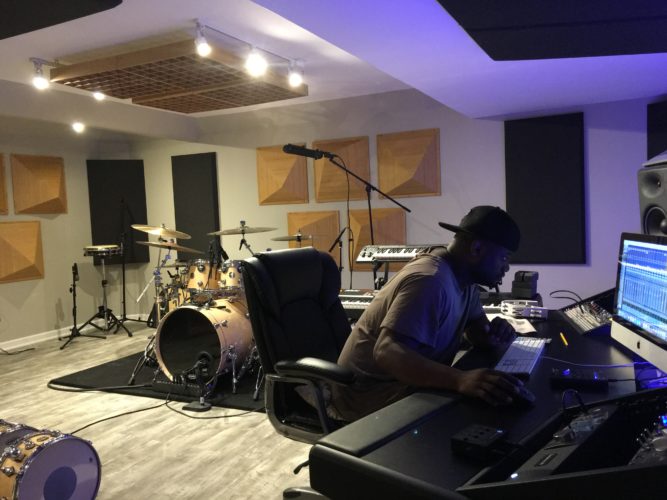 Brooklyn, N.Y native and son of the Late Rev. Timothy Wright, Derrick Wright began playing drums at the early age of 4 and professionally since the age of 15. He has recorded on numerous albums and recordings such as the Live at The Royal Albert Hall with Adele, Live at the Church Studios with Adele in which he recorded the following songs: When we were Young, Hello, Rolling in the Deep and Water Under the Bridge. Aside from Adele, Derrick also went on tour with Thalia and recorded on the “Live in Mexico” album.

There was a moment during Adele’s 2016-2017 arena tour, which ended on June 29 at Wembley Stadium, where the GRAMMY® Award-winning vocalist and songwriter transitioned from the main stage to a smaller, round stage in the middle of the venue’s seating area. The band faded into darkness on the main stage, to keep the audience’s focus on Adele, with direct inputs from guitars, bass and keyboards allowing them to continue to play discreetly. But drummer Derrick Wright’s drums presented a challenge: how to keep the drum part going without the volume drawing attention to the main stage. The solution was to build a separate isolated drum room in each venue just offstage; however, that would have presented Wright with drastically different acoustical environments at every show. The solution: HoverDeck™ and ProMAX™ V2 panels from Auralex® Acoustics, Inc., the world’s leading brand of acoustical treatments, which provided Wright with a consistent acoustical environment at every show, and a stage clear of Wright’s powerful drumming for this intimate part of the production. 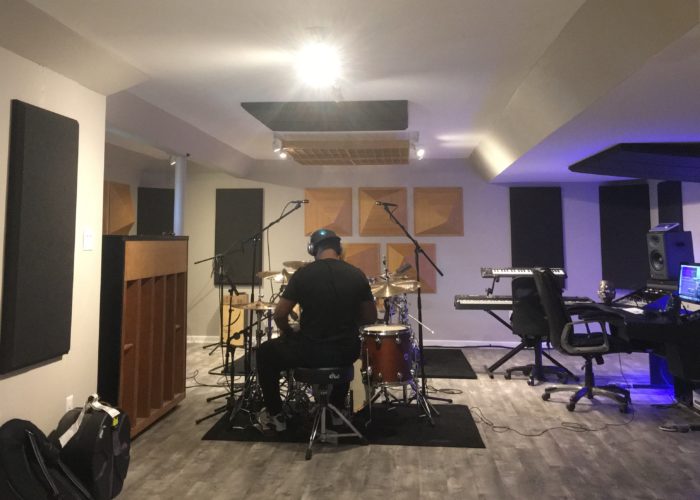 A HoverDeck V2 under the kit and ProMAX V2 panels surrounding it let Wright have a familiar room sound at every gig. “There was literally no other way to achieve this every night,” says Wright, who has also toured with such stars as Toni Braxton, Babyface and Thalía. In fact, it was while working with Braxton during her residency at the Flamingo Las Vegas that Wright hit upon the idea of creating a separate drum environment, for Braxton’s quieter moments on stage. “We had some Auralex panels at the time and they did the trick,” he says. “I presented the idea to Adele’s production team and they saw immediately that Auralex was the answer. With the HoverDeck and ProMAX panels, it’s like being in a highly controlled studio environment for part of the show.” 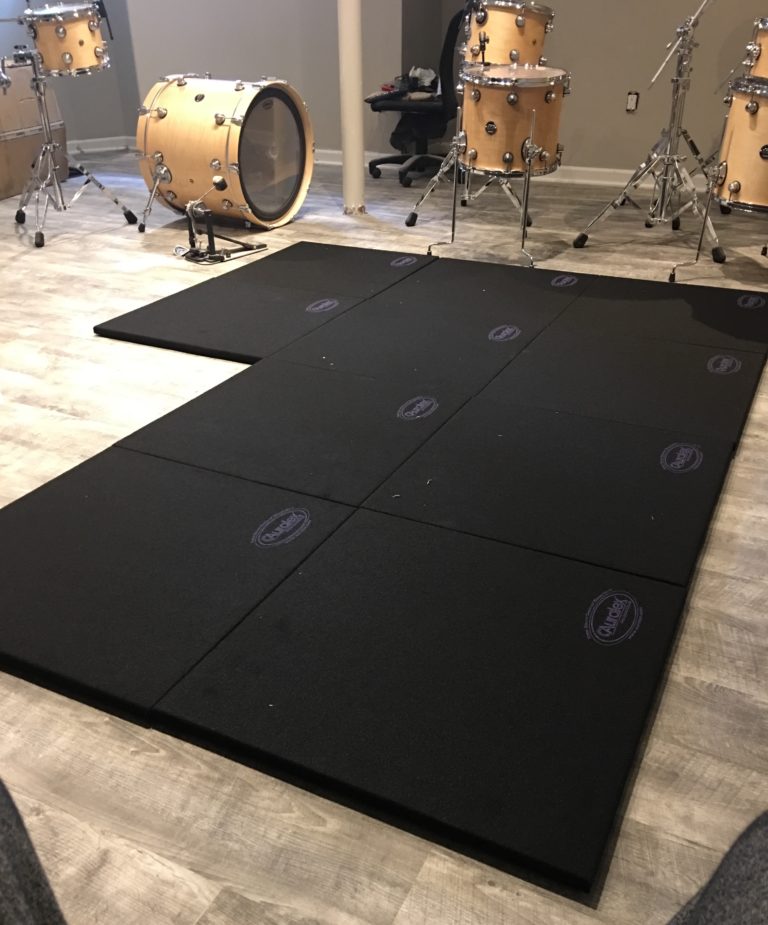 In fact, Wright has also outfitted his new personal recording studio, in his home in a suburb of Philadelphia, fully with Auralex systems. There, Auralex HoverMats™ and HoverDeck™ are placed under the drums and the upright piano; ProPanels™ are secured to the walls, while Sustain™ Bamboo Diffusors are on the walls and the ceilings. Highly absorptive SonoLite™ panels line the walls of the of the studio’s vocal booth. Under the control room monitor speakers, and under the guitar amps in the studio, Auralex ISO Series® ProPAD™ and GRAMMA™ V2 isolation platforms keep them fully isolated from the space’s natural vibrations.

Wright says the Auralex panels and other products in his studio actually create a connection to his work with Adele and other artists. “The way I’m using these panels, I have a consistent acoustical environment that extends from the studio to the stage,” he says. “Adele or anyone else could send me a rough mix and I can add drum and percussion parts, and it would have the same sound and feel as I do on stage with them. Auralex has now become part of my sound, on stage and in the studio.” 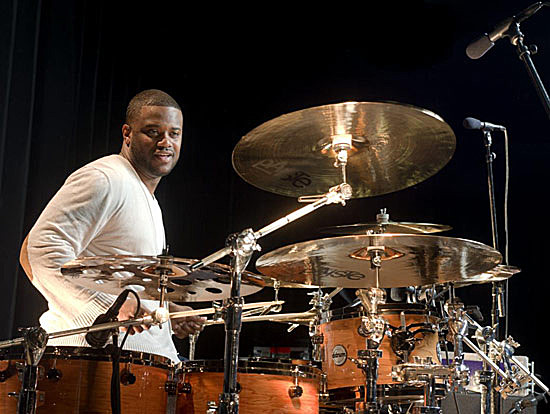