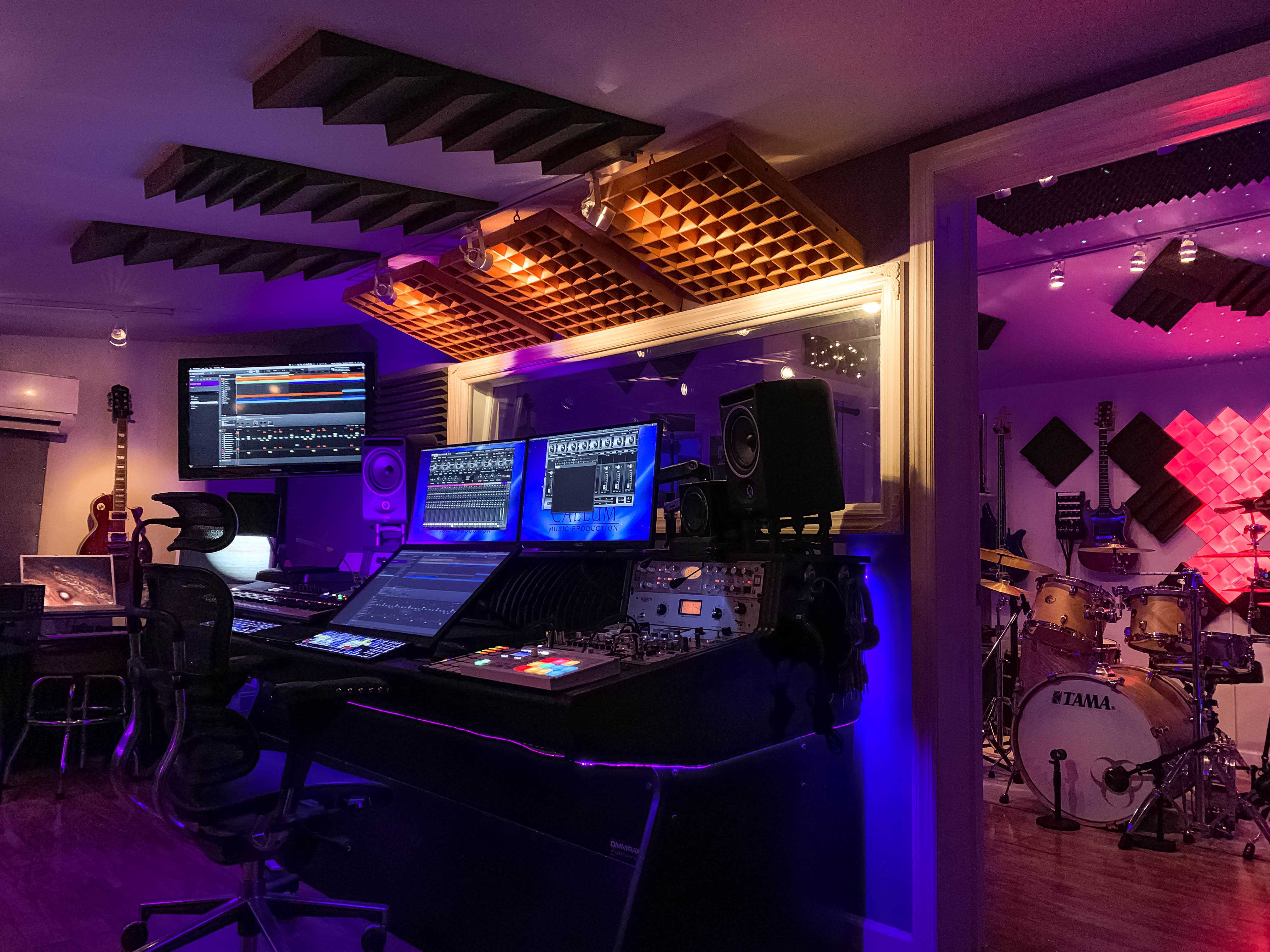 Caelum Music Production (pronounced “ki-lem”) is the quintessential nexus for the new indie-music landscape: music production, mixing, mastering, artist management and other services under one roof in Oceanside, New York, where clients include Adele’s drummer Derrick Wright, The Voice finalist Troy Ramey and others. Making a wide range of artists sound great is a function of talent and technology, and Caelum Music Production owner Dante Lattanzi has come to rely on acoustical treatment and isolation products from Auralex.

Lattanzi points to the Sustain Pyramids placed above the drums in the tracking room, which he says creates balance and helps distinguish individual sounds even at high volumes. “Without the Sustain Pyramids, the difference is night and day,” he says. 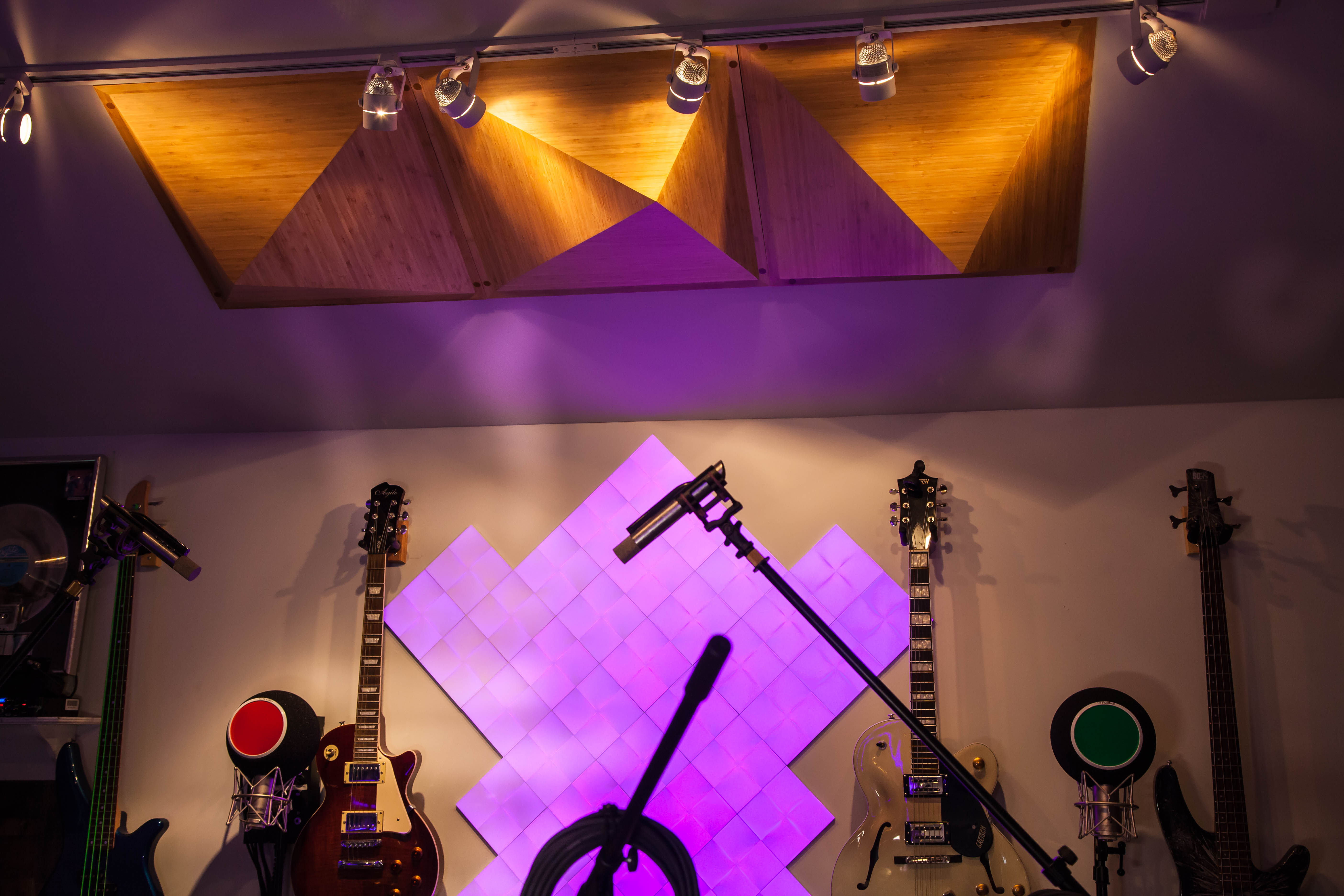 The drum kits also benefit from the use of the HoverMat, which he says provides “a shock absorber and improves the clarity of the drum tone for the drummer,” facilitating performance and creativity. Auralex’s ProMAX and Studiofoam Wedges are used in the tracking room and vocal booth to create an intimate environment for musicians. A GRAMMA v2 is used underneath a vintage Fender Pro Reverb amp, isolating it from microphones placed elsewhere in the room. In the control room, Sustain Lens Bamboo Diffusors and DST Panels are placed above/behind the engineer’s seat to tighten the sound and contribute to accurate tracking, mixing and mastering, while LENRD Bass Traps help tame the room’s low end.

“The Auralex technology makes a huge difference in everything we do here,” says Lattanzi. “We’ve been an Auralex user since 2000, and it’s been a part of the studio’s sound and its success.” 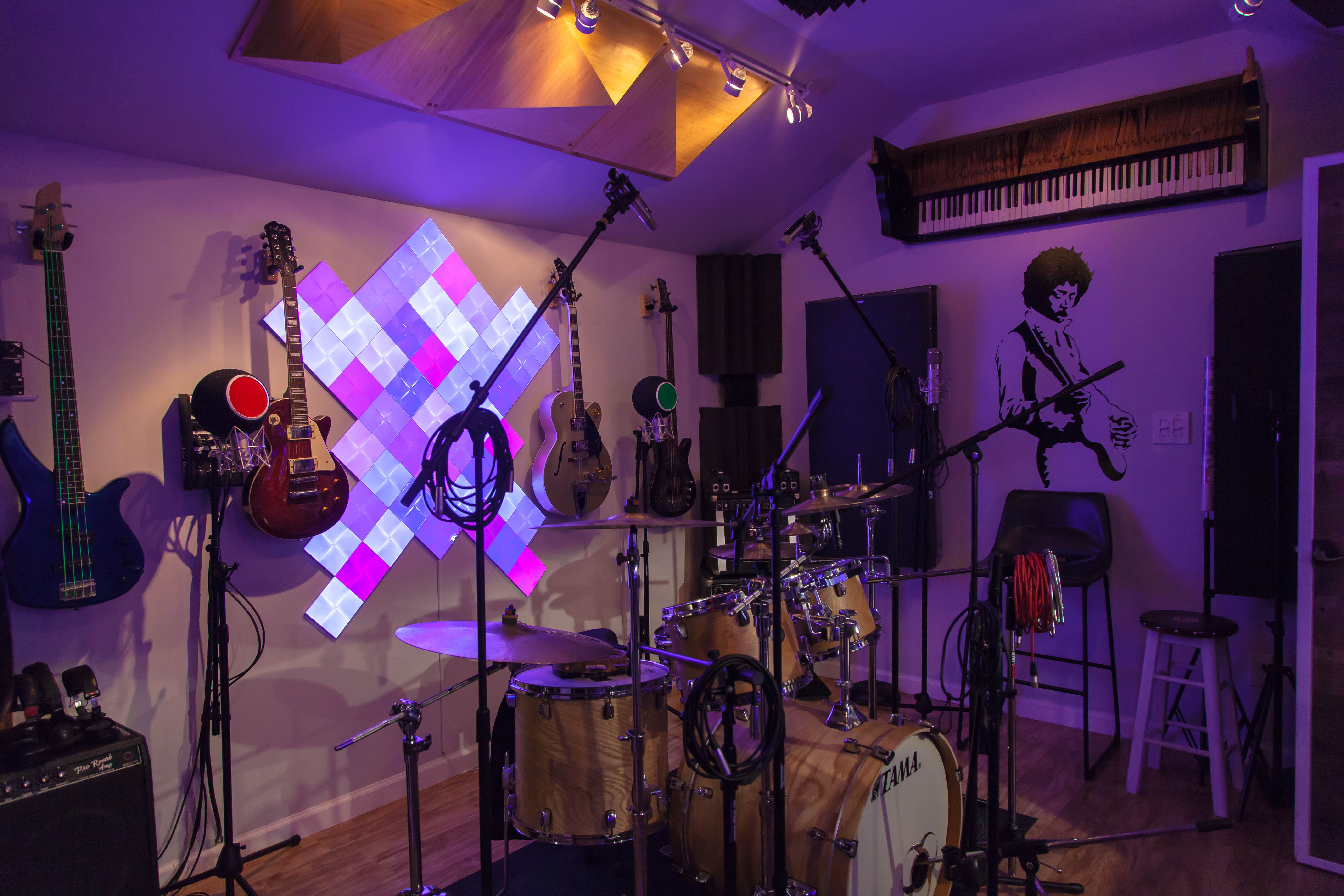