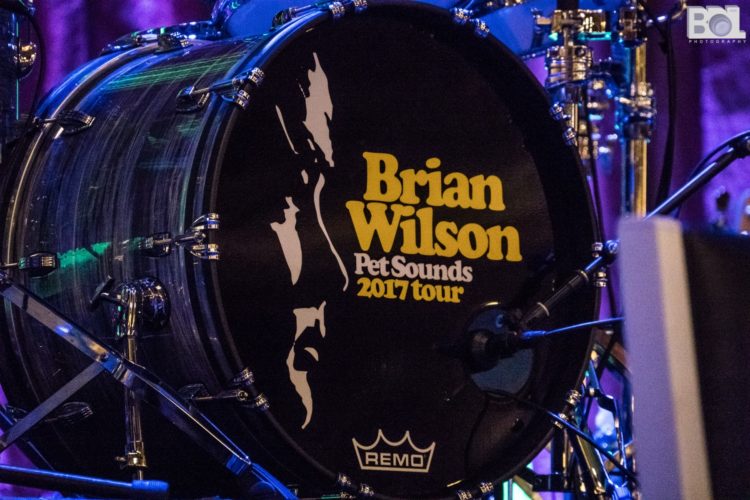 The Beach Boys’ Pet Sounds, released in 1966, is considered a timeless pop classic, and beginning in March 2016, Brian Wilson’s Pet Sounds 50th Anniversary World Tour set out to perform the entire landmark recording live one last time. Brian Wilson has literally traveled the world with the show since then, with over 100 shows on every continent, and with such success that the tour was recently extended well into 2017. Pet Sounds was a sonic masterpiece and a pioneering effort to illustrate what can be accomplished in a recording studio. On tour, that same dedication to excellent sound is assured thanks in large part to the technical team’s selection of acoustical isolation products from Auralex. 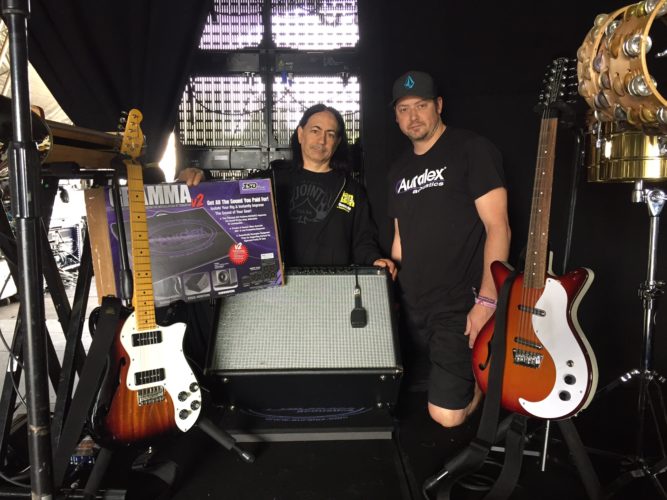 Drummer Michael D’Amico’s kit is secure night after night atop an Auralex HoverDeck v2™, specifically engineered to reduce coloration from floor resonance by decoupling the drum kit from the structure. In addition, a set of Auralex PlatFeet II™ keeps D’Amico’s high-hat rock solid, and another set of PlatFeet-II does the same for his floor tom. Guitars and bass on the tour (played by guitarists Probyn Gregory and Nicky Wonder and bassist Bob Lizik and managed by guitar tech Thom Lowry) also benefit from Auralex’s isolation capabilities, with GRAMMA™ v2 isolation platforms for the guitar amps and the larger GreatGRAMMA®v2 isolation platform under the bass amp. Auralex’s PlatFeet-II pads are placed underneath the mic stands on stage, decoupling them from the stage resonance that can find its way into the PA system. Finally, front-of-house mixer and tour Production Manager Clint Boire stands on an Auralex HoverMat™ to keep his own mix position as isolated as possible from the not-so-good vibrations that are ubiquitous in festival environments. 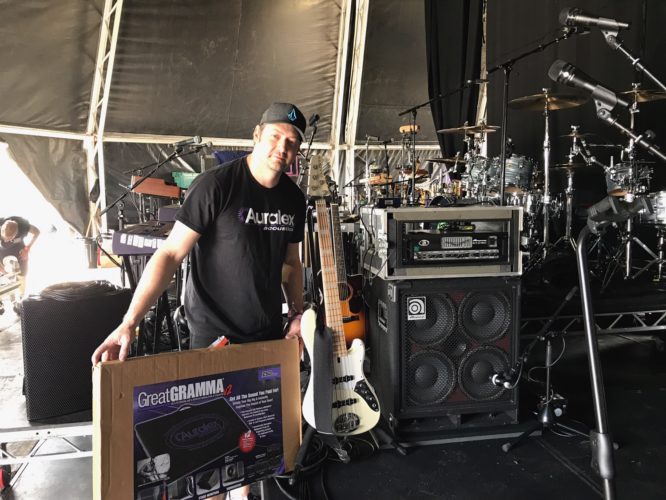 “It’s all about keeping the instruments and the vocal microphones as isolated and separate as possible from the resonances from the stage, the risers and everything else,” explains Boire, who has been working with Wilson since 2008 and who has mixed FOH or monitors for artists including Bonnie Raitt, The Offspring, and John Fogerty. “At the same time, the HoverDeck helps keep the drums tightly in place. And all of that contributes to getting the purest, cleanest signal possible to the microphones and into the PA.” Boire says mixing the d&b audiotechnik PA system through an Avid Profile FOH console while standing on a HoverMat extends that benefit to the mix itself. “There’s often a lot of low-end build-up near the mix position, and the HoverMat keeps that away from me,” he says.

“What I get from the Auralex ISO Series products is peace of mind, knowing that I’m getting the best input sound from the stage possible,” he says. “There no need to adjust it with EQ or outboard plug-ins. It’s just the clearest sound possible, right from the stage.” 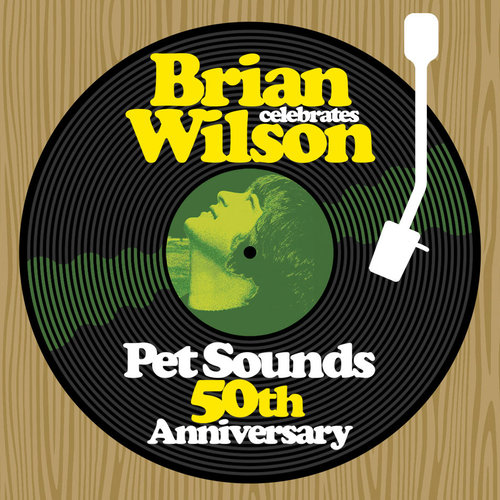