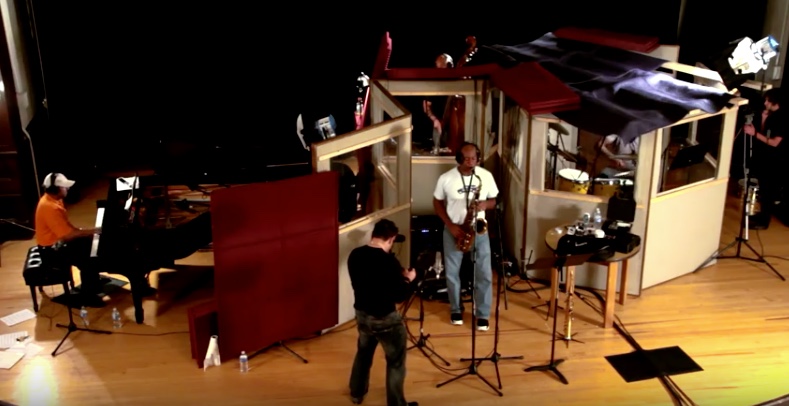 Known for his innovative spirit and broad musical scope, world-renowned saxophonist Branford Marsalis is equally at home on the stages of the world’s greatest jazz clubs and classical halls. His recording career as a leader encompasses numerous jazz, classical and pop releases. The Branford Marsalis Quartet, first formed in 1986, remains Branford’s primary means of expression. In its virtually uninterrupted three-plus decades of existence, the Quartet has established a rare breadth of stylistic range and a continuity of personnel. For the recording of the Quartet’s album “Four MFs Playin’ Tunes”, they turned to Auralex Acoustics for assistance.

”We record live whenever possible. No overdubs if we can avoid it. I am a big fan of gobos, and my sound engineer, Rob Hunter, had found a few from an old church, so we were using those. They worked, but they were heavy and difficult to carry around with us.”

“Rob heard about Auralex® Acoustics and checked it out on the web”, says Branford. ”He came across the MAX-Wall™, so we picked up a few to try. They are marvelous- easy to store, easy to move from session to session. We get high quality recordings every time, without the expense of setting up complicated sound control in every venue. We are now big fans of Auralex and will always use your products whenever we record.”